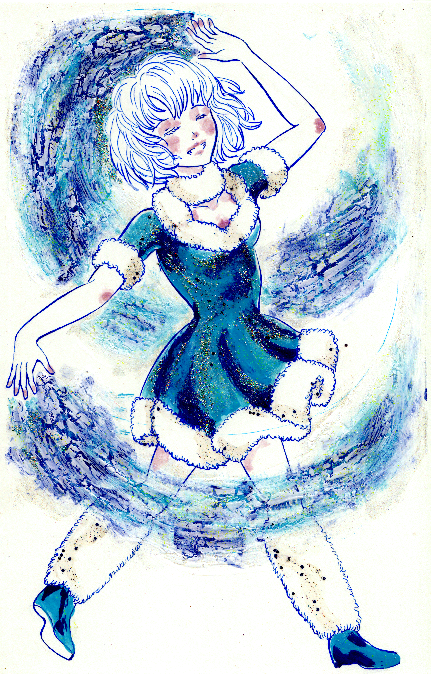 Trying out nail polish again to color this drawing of the DC superheroine Ice, it didn't turn out quite as I wished, but well enough.
Posted by Mary MacArthur at 8:00 PM No comments:

It's before Candlemas, so I can still post Christmas things! Since the Christmas of 2016 is very significant in the Ace Attorney story, I celebrated this year by drawing twelve pictures of scenes that happened at Christmas in the series. Although just looking at the pictures without seeing character names wouldn't give away too much, there are spoilers, so be careful, especially if you've played some but not all of these games. 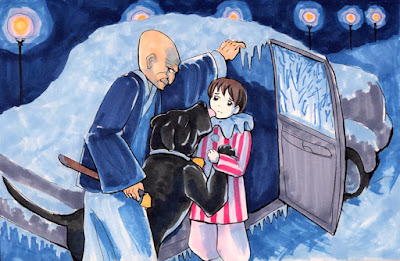 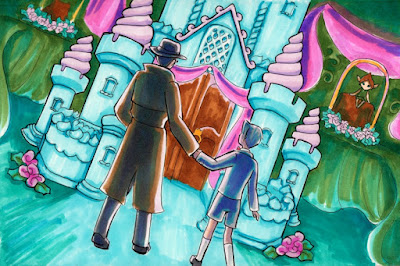 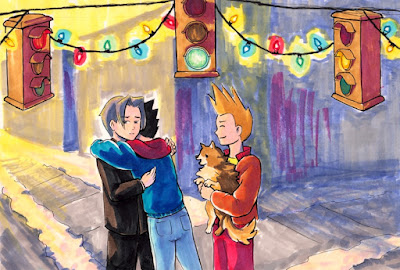 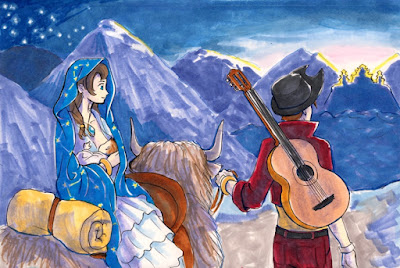 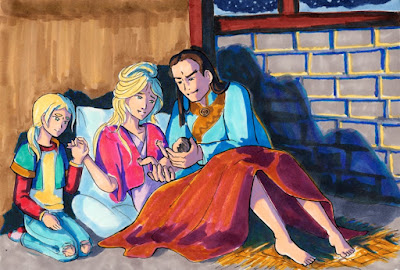 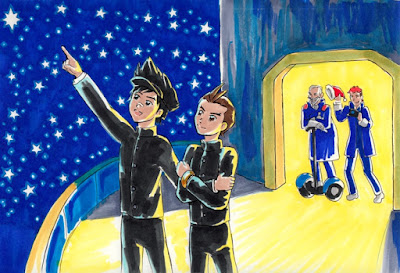 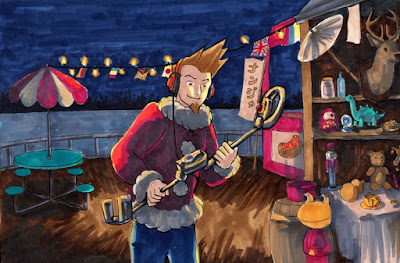 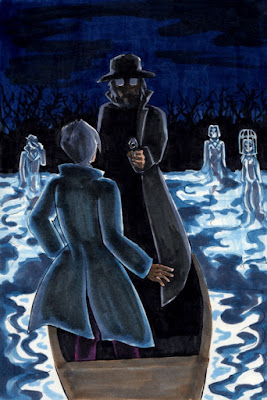 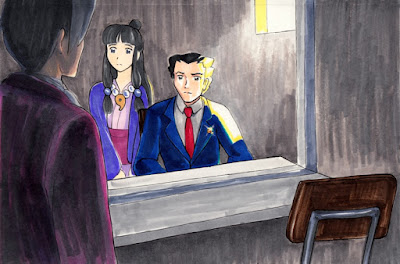 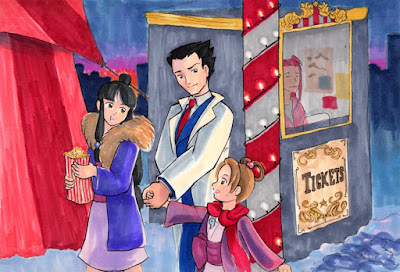 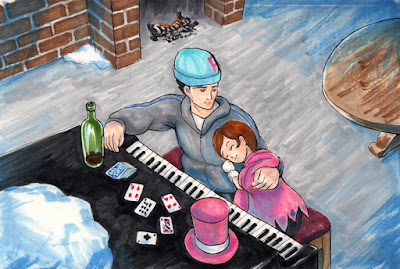 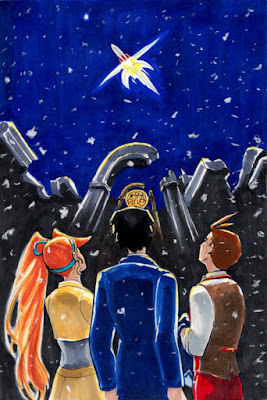 A kerfluffle -- and a little bit of a book review

I don't know if anyone here has visited my tumblr, which is linked in the sidebar; I put there pretty much the same drawings I put here, with a bit more nerdy fandom slant. But if you are a person of refined sensibilities, this is just a warning that you may not wish to visit it currently.

I had an altercation there recently with some homosexuals who attacked me for objecting to people claiming that a drawing of mine of three fully-clothed nine-year-old male children, friends saying goodbye, with one hugging another, was a piece of homosexual pornography--and they meant this as a good thing.

In this conflict, some very foul things were said to me, which I quoted in accusation, and I used some foul language in turn, so if that unsettles you, do be mindful.

I have learned through experience, as well as seen several people wiser than me demonstrate, that refusing to use harsh tactics against the enemies of decency does not work. They do not understand reasoned argument; they take advantage of any concession and merely screech all the louder that any refusal to acclaim perverse sexual practices is nothing but purest bigoted hate. The only thing that works is to shame them, call their deviancy what it is, and refuse to back down in any way.

I learned much of this from the invaluable book SJWs Always Lie by Vox Day, which I also gave to my teenage cousin for Christmas. If you have ever been concerned about what will happen to your career or reputation if certain people find out you're not as feminist, anti-white, pro-Islam, and pro-sodomy as modern secularism demands, you need to read this book.

I also thought of St. Thomas More as my model, the things he said to and about Martin Luther. Don't look at that if you're sensitive to foul language, either.
Posted by Mary MacArthur at 5:24 PM No comments:

My latest column for the Aitkin Independent Age is about a Texan's experiences of Minnesota winter.

This will have been my third New Year’s since moving to Aitkin from Houston, Texas. When I first arrived and told people I’d come every summer of my life, they’d always say, “But have you been here for winter?” I would say yes, but admittedly, it wasn’t for the entire winter.

There’d be snow in Houston every few years, but it usually wouldn’t stick. It caused us kids great excitement and we’d try to be outside all the time it was snowing. Traffic in Houston is always difficult, but when there’s snow, drivers unused to it panic and it gets even more crazy. All schools declare snow days if there’s a quarter of an inch. Being homeschooled, we were unaffected, but that also meant we could take multiple recesses throughout the day.

Winter trips to Minnesota weren’t as frequent as summer trips and we looked forward to them intently. Once here, we’d spend all day outside in borrowed jackets, mittens and snow pants. The most fun I remember is when my brother, my cousin and I spent hours building a multiple-room fort complete with a toilet made of snow. (No, we didn’t use it.)

Read the rest here.
Posted by Mary MacArthur at 9:24 PM No comments:

Labels: link to elsewhere, things that happen to me, writing 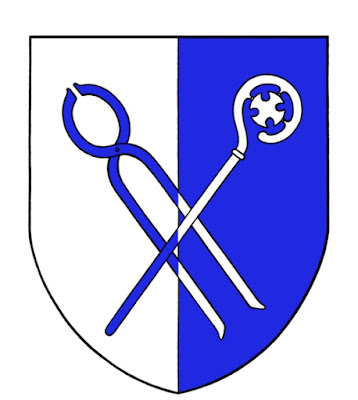 I was commissioned to draft a coat of arms for the Anglican Church of St. Dunstan. I got to learn something new in heraldry: when the field and charge tinctures are switched like that, it's called "per pale counter charged."

Whisper: please join me in praying for their full Communion. Insofar as belief, the members I've met are already far more orthodox than most Catholics.
Posted by Mary MacArthur at 2:58 PM 1 comment:

Fiction
For Steam and Country by Jon Del Arroz