Jon Del Arroz, with whom I am working on the comic Clockwork Dancer, shared this sketch for a splash page, so I follow his lead! 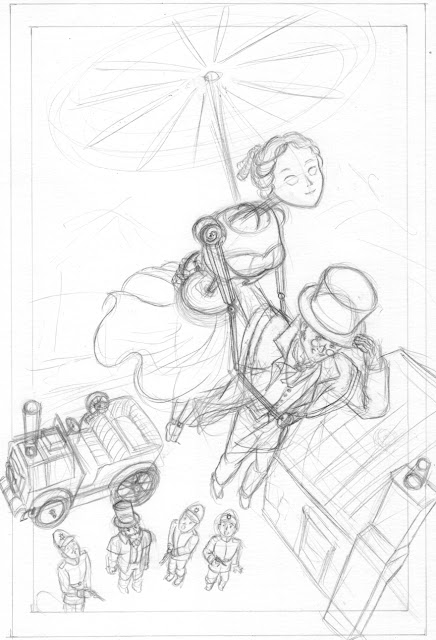 It will be a ripping steampunk adventure!
Posted by Mary MacArthur at 2:27 PM No comments:

Cast for The Gardener


These are quick drawings of how I imagined the characters from The Gardener, a play within the story The Peddler of Lavalaira by my sister Anna. It's about four siblings (top) who are trapped in a bargain with a witch and her sons (bottom).
Posted by Mary MacArthur at 12:17 PM No comments: 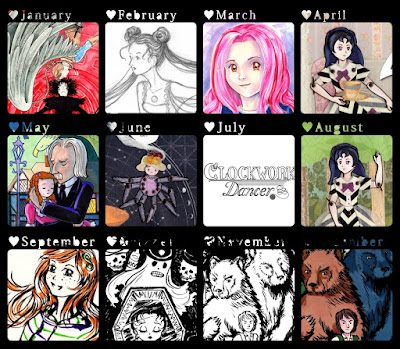 I've been wanting to do a looking forward and back at the old year and the new post since the year began. But so far, 2019 has been unexpectedly and time-consumingly terrible!

The livelihoods of multiple people close to me have been jeopardized (no, not by the government shutdown), and the current crisis in the earthly structure of the Catholic Church is beginning to be felt at every level. Most of the hierarchy must either have no idea how much harm they're doing, or doing harm is actually what they intend. I may say much more in the near future, but right now, if you are Christian, please please pray for Fr. Vaughn Treco.

The above picture is my sampling of art for each month throughout 2018, and in April, June, and August, it includes peeks of something never before seen: my upcoming webcomic Paper Doll Veronika! I hope to get it going live this year, along with several other projects and collaborations. Hopefully the rest of the year won't be as harsh as January, except toward Modernist clergy!

Posted by Mary MacArthur at 7:29 PM No comments: