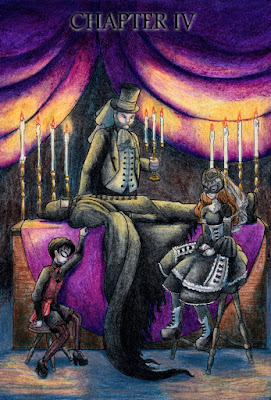 As one who loved the story of Batman, I have to say I am not upset at the prospect of DC Comics suffering great financial loss, perhaps even collapsing. For the sake of the honest workers who will lose their livelihoods, I am sorry; but for those who vainly disfigure the story to flatter themselves and their racial and sexual idols, and for the sake of the story itself, I am glad.

It needs to stop.

Every story must have an ending. Even if it, like Batman, is one of these legends that can be adapted and re-imagined to a certain extent, it needs limits. Limits give definition and without definition, a thing is meaningless. Better Batman end forever than become an ugly Chinese ladyboy.

At first I had no interest in superheroes, then I liked Batman, then all of DC, and for a time I had absolutely no interest in any other superhero set. But then came One Punch Man, My Hero Academia, Arkhaven, and Flying Sparks, and I realized that the genre merits more than one multiverse. And now it is beginning to look like new, independent superhero stories may be the only way the genre will survive. I do think it is worth making survive. There are those who, when faced with corruption that the SJWs and perverts and communists have wrought to pieces of culture, argue that it was always no good anyway. Is it sour grapes or is it the refusal to value anything that isn't absolutely faultless? I don't know. But I don't think it's the right position. If there was nothing there that could be any good, the wicked would not have bothered to corrupt it. I've said before, a superhero should be one who stands ready at all times to sacrifice himself to protect the innocent. The deconstructors turned them into "edgy" psychotics and "representational" perverts because they don't believe in that. But we should.

Jon Del Arroz is one of those making this happen. He has a good post about all this and a list of all his comics here. I do have a dog in this fight, as Clockwork Dancer is drawn by me. It's not superhero though, at least not yet. 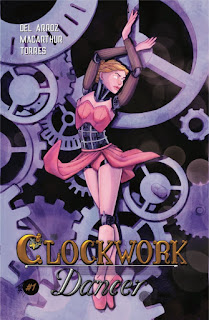 Posted by Mary MacArthur at 6:46 PM