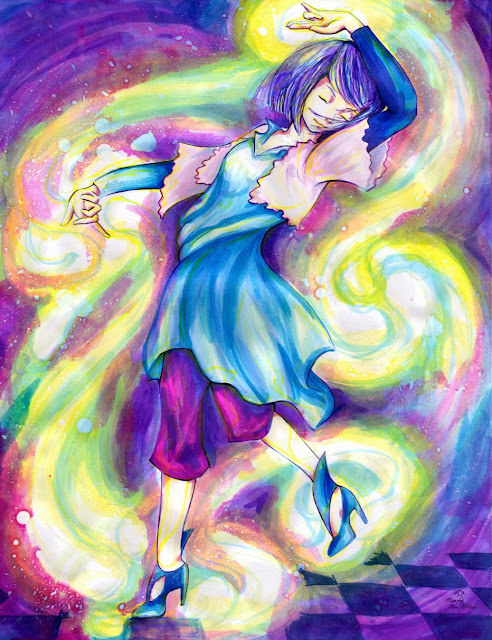 Ink and marker drawing of my Beckyless character Gryphoemia, a fashionable sorceress who does magic with the souls of her deceased slaves.
Posted by Mary MacArthur at 9:21 PM No comments: 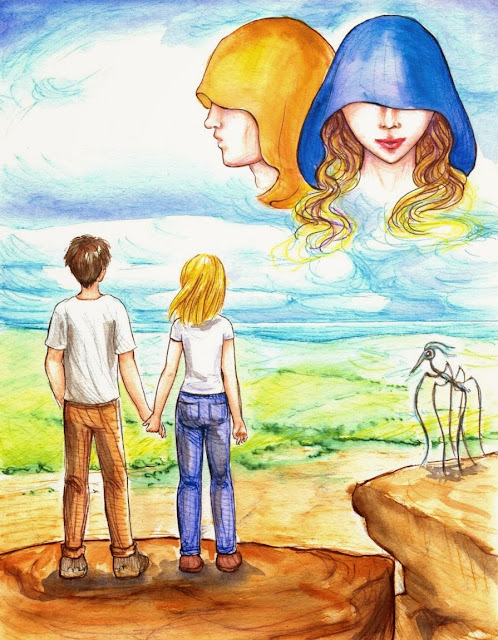 The new issue of Ink and Fairydust is out! My illustration is for a book review of Seaward, which I had read long long ago but it left a memorable impression. Go read about it here or right here below!

Eleven is for Love 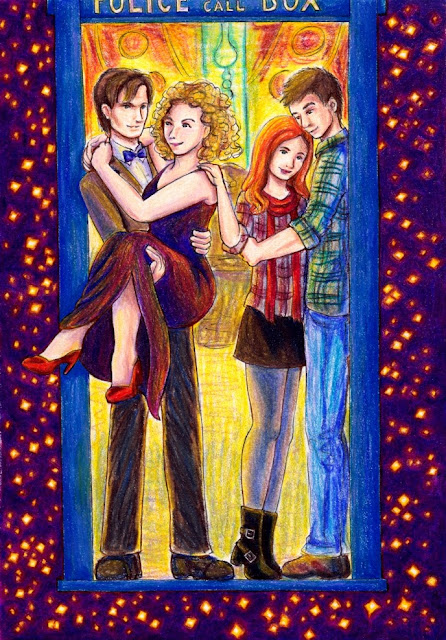 Bit of colored-pencil Doctor Who fanart, with the title from an old fortunetelling rhyme where you count crows.
Posted by Mary MacArthur at 12:16 PM 2 comments:

Fishing Competition in the Rain 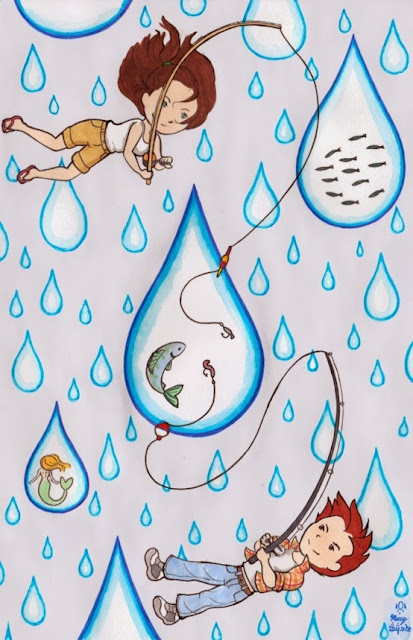 Little illustration I've had the idea of for some time. Who will catch the fish?
Posted by Mary MacArthur at 6:12 PM No comments:


Okay, I made a facebook page thingie that, if you're on facebook, you can "like" and then you'll be told on facebook when I do something art-related! Here it is. I don't use facebook much, and there are some things on there that I'm not sure how they work, but I will update this one regularly! And, hopefully, figure out how more of the features work.
Posted by Mary MacArthur at 8:23 PM No comments: 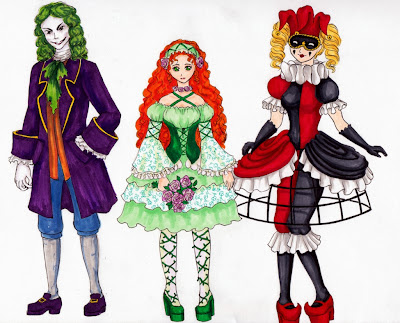 Redesigns of the Joker, Poison Ivy, and Harley Quinn for that Batman Gothic Lolita-style fancomic I'm planning someday.
Posted by Mary MacArthur at 3:22 PM No comments:

I feel a draft

I got an awesome book this summer. Found it in a used book store in Minnesota for two dollars. 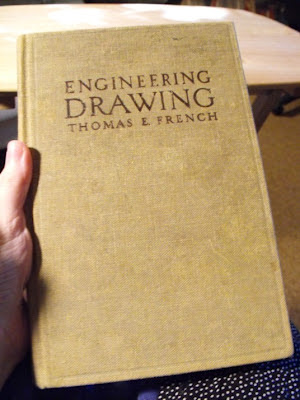 Engineering Drawing by Thomas E. French, 1947 edition. It has tons of amazing illustrations like this: 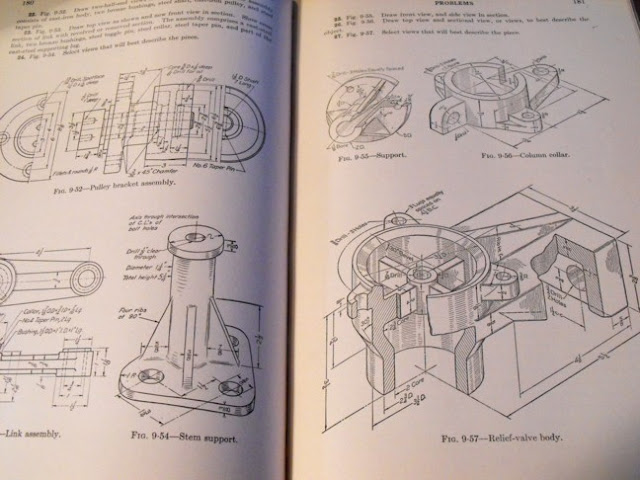 It has chapters on lettering, 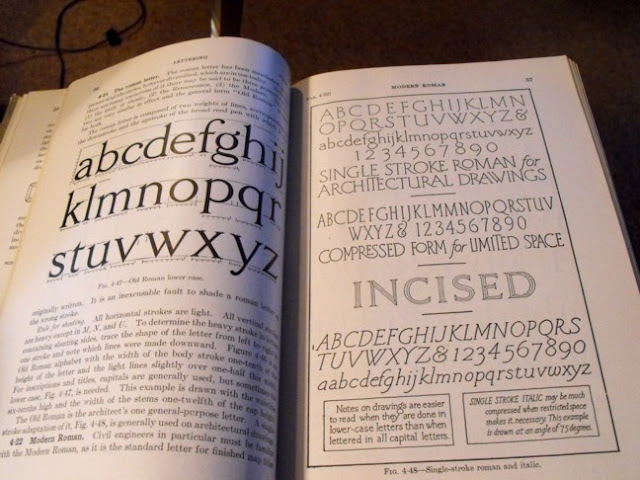 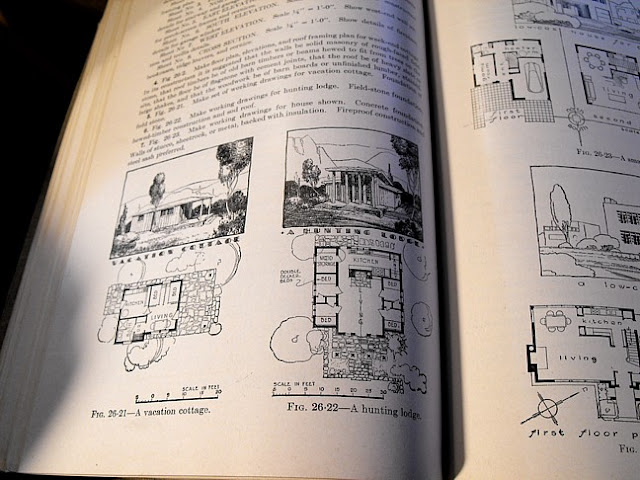 but the only chapter I've made use of in my drawing yet is the one on applied geometry. 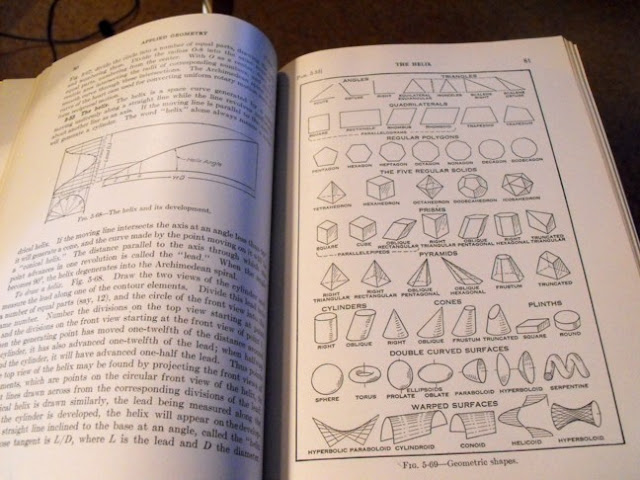 It tells you how to make perfectly parallel lines, perpendicular lines, all kind of regular polygons, ellipses and parabolas, find the centers of circles, and all sorts of things, with just a compass and straight edge! 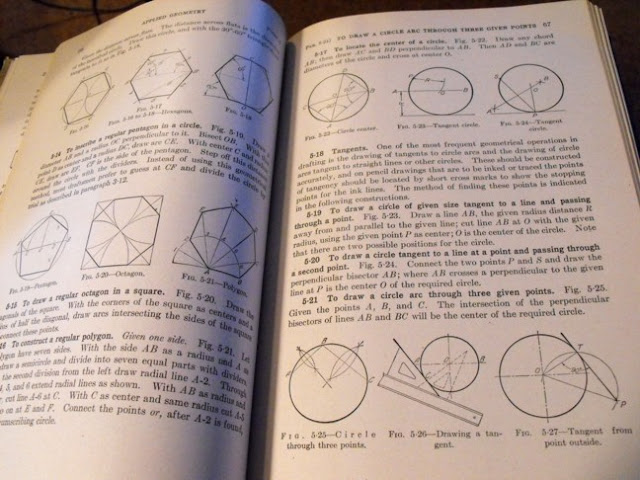 This has been very helpful for my drafting, or draughting, (is there a difference?) by which I mean drawing things that have to be mathematically precise, which I mainly have to do with design, like this and such. Everybody these days seems to do such things with a computer, but I mostly don't and I like it that way. ^_^ 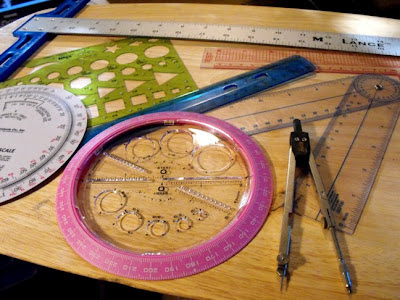 Here are some of my drafting tools. My Ames guide is missing though. : ( St. Anthony, help! 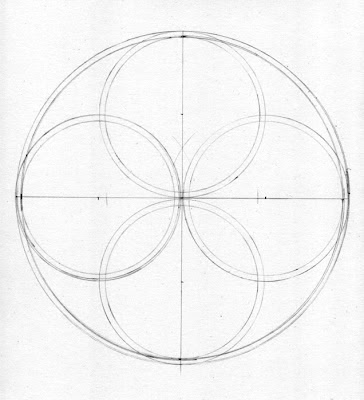 The interior flower-like cross won't be there with the final quatrefoil, but it's part of the process and it's beautiful.

Now here's a shot of the process of making a similar quatrefoil with a vector program: 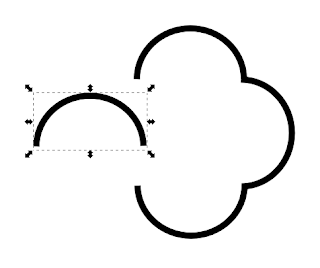 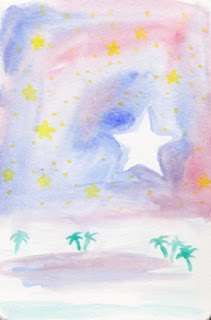 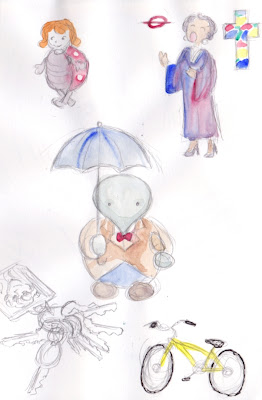 While I was waiting in a university lobby, I doodled and colored with my purse watercolors and Niji waterbrush, which still has water from the lake in Minnesota in it. There's a starry oasis thing, and then a ladybug girl, a choir lady, a fellow with an umbrella, my keys, and a bicycle that was across the way.
Posted by Mary MacArthur at 1:38 PM No comments: 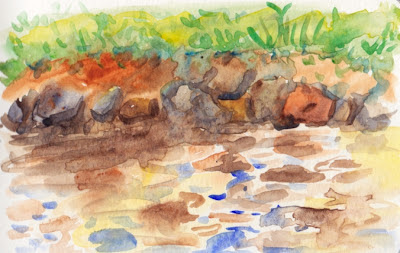 A little watercolor I did sitting on the dock looking back at shore, dipping my brush in the lake.
Posted by Mary MacArthur at 11:33 AM No comments: 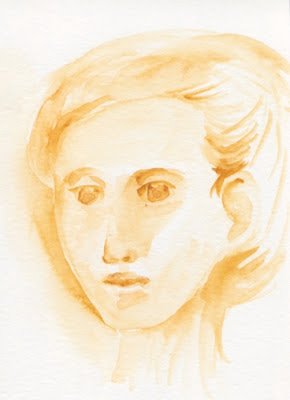 Watercolor doodle.
Posted by Mary MacArthur at 3:05 PM No comments: 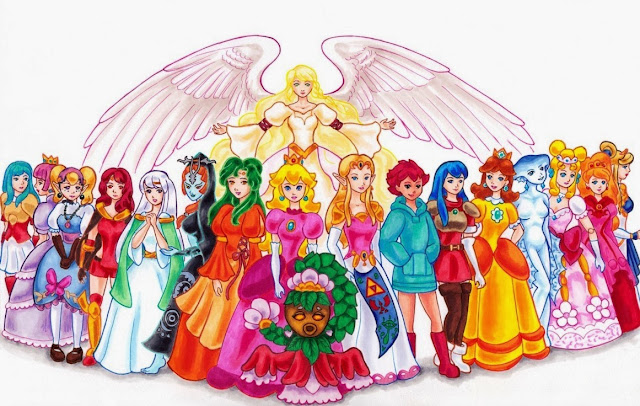 A takeoff on the Disney Princesses thing, but with princesses from Nintendo games, which I vastly prefer to Disney. ^_^
Posted by Mary MacArthur at 11:39 AM 1 comment: