Continuing the mini-reviews of films featuring Aitkin’s native-born 1930’s movie star that I began in the Feb. 3 issue of the Age, I’ll consider three of his movies that tie in with social issues that are still significant today.


Gold Diggers of 1933 might seem frivolous at a glance, a romantic, comedic musical with a thin plot about the son of a rich family covertly writing songs for Broadway shows and falling in love with a chorus girl. Warren William plays his older brother, setting out to stop this disreputable involvement in show business and falling victim to the charms of another chorus girl, played by Joan Blondell. This is all just an excuse for fantastic, extravagant Busby Berkeley musical numbers. The last of these, however, is strikingly serious and powerful, Remember my Forgotten Man, about society’s neglect of World War I veterans during the Great Depression. Clever use of conveyor belts creates a haunting scene of soldiers marching triumphantly off to war and at the same time, wounded and downtrodden back from it.


Read the rest here.
Posted by Mary MacArthur at 7:09 PM No comments: 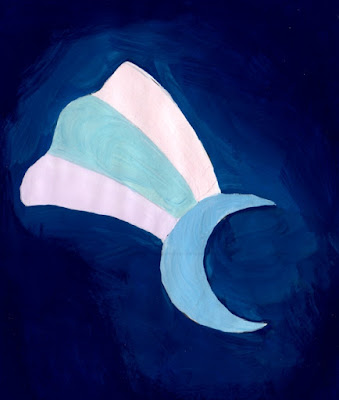 Tried out gouache for the first time, did a little riff on the eighties pastel shooting star thing. I learned if you want the strong, flat colors which were what attracted me to gouache, you need to: 1- mix your paint very thoroughly, and 2- use hardly any water.
Posted by Mary MacArthur at 10:35 PM No comments:

Pray for the Church like the souls of billions depend on it.


The Apostolic Exhortation is coming, and my fear is great that it will surrender to the Kasperite heresy, with a veneer of vagueness that many will twist into an orthodox interpretation so they can pretend nothing's wrong.

However, the Kasperite heresy, proposed by many bishops and supported by Pope Francis, is very, very wrong. Perhaps one of the worst things that people could be led to believe.

See, the premise is not: "Sexual relations in a 'marriage' after prior divorce is not a sin." What has been said is rather, "Let us allow sexually active remarried-after-divorce people to receive Communion." It has been framed as a "path" to... repentance? No, they don't say repentance. They're very vague about what it's a path to, but they never deny that they are proposing reception of the Eucharist in a state of mortal sin. They just don't use that language, because it would hurt peoples' feelings.

Instead of hurting people's feelings, they opt to hurt, to kill, peoples' souls, and to kill Our Lord Jesus Christ.

Kill Christ? What?
I don't just mean how sins caused Christ to die on the Cross, I mean actual new actions of literally physically killing Him in time, now. How is this possible?

The Eucharist is the living Body and Blood, Soul and Divinity, the entire His Own Self of Jesus Christ, God the Son. It's Him. Right there. In the ciborium, on your tongue, (please not in your hands...) stuck to the roof of your mouth, down your throat. Living. In you. Physically. Now, what if you're in a state of mortal sin? Well, my old Baltimore catechism said about the state of mortal sin "Christ is dead in us." So, it logically follows that receiving the Blessed Sacrament in a state of mortal sin is, in the most direct way possible, killing Christ.

So pray. I don't think there's any stopping this document from supporting this heresy, so pray that faithful bishops, priests, and laymen will see it for what it is, and that those responsible will open their eyes and repent.
Posted by Mary MacArthur at 11:34 PM 2 comments: 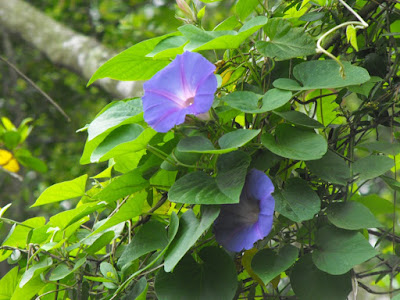 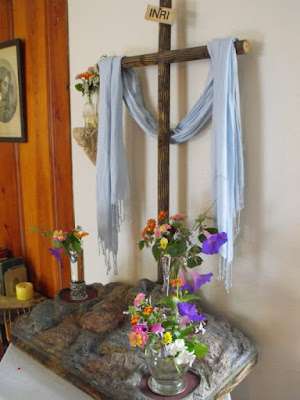 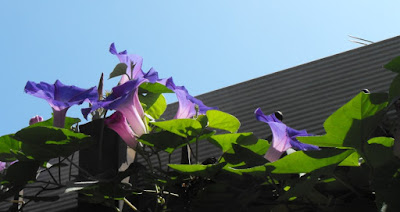 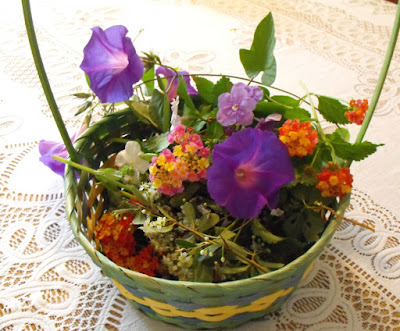 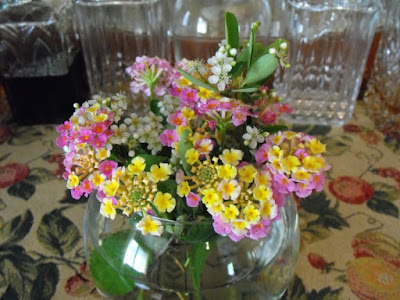 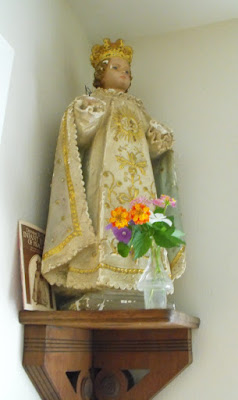 Texas flowers! As planned, we traveled down for Holy Week, and both the liturgy and the weather were much nicer. Probably won't be able to do that again anytime soon, since, well, the plan was to make up for the plane tickets by having a strict Lent, but there's only so much money you can save by changing the grocery list from: milk, bread, and whatever meat is cheapest; to: milk and bread.
Posted by Mary MacArthur at 5:28 PM 1 comment: