My brother Phillip has developed a card game that he now hopes to produce. I've played it a lot, and it's really fun, fast, and easy to learn, while being really unique, different in structure from any other game I've played.

You can see what it's like in this video:

To support this project, go here! And if you chip in $20, you get the game when it's ready!
Posted by Mary MacArthur at 1:43 PM No comments:

Labels: art not by me, games, link to elsewhere

My latest column at the Aitkin Independent Age is about renovations and architecture:

There are many reasons people renovate: repair of deteriorated features, need for more space or new functionalities, conformity to codes and regulations, and updating according to current design sensibilities. I arranged these reasons in descending order of how much, in my opinion, they are worthy of changes to architecture. The last I find of little worth at all.

For the preservation of history, man’s material craftsmanship should not be destroyed. This could be taken to a ridiculous extent, saving every scrap of ephemera, but in the case of buildings, we should not assume because something is a few decades old it’s of no value and should be conformed to present day fashion.

Read the rest here.
Posted by Mary MacArthur at 4:31 PM No comments:

First I went through some of my many photo albums (these are physical books of photos I took with film) and found a suitable sunset for reference. 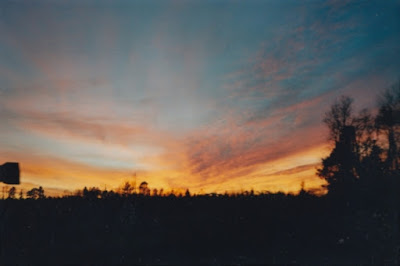 I did a quick study to figure out which colors I wanted to use. I used Winsor and Newton pan watercolors and watercolor markers, Faber-Castell brushpens, and Copic, Prismacolour and Mexpy markers on Canson Universal Sketch paper, which isn't really meant for wet media but I love how it looks on it nonetheless. 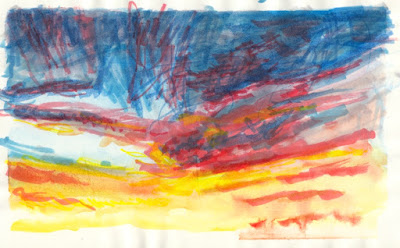 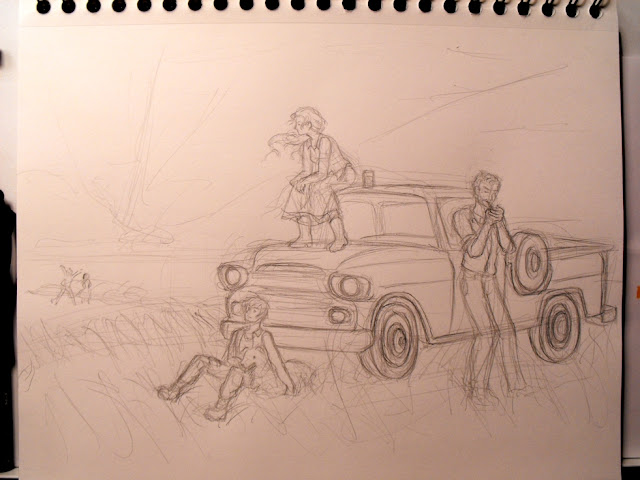 I did the sky first, to set the palette for whole thing. 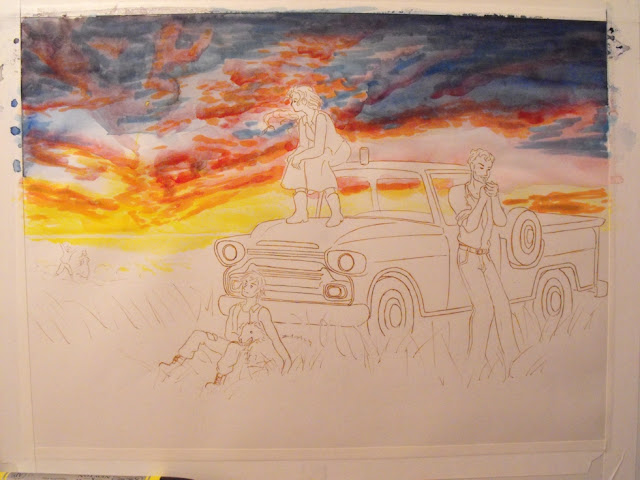 Partially colored, with just some of the markers I used. They like to fall off the drafting table. 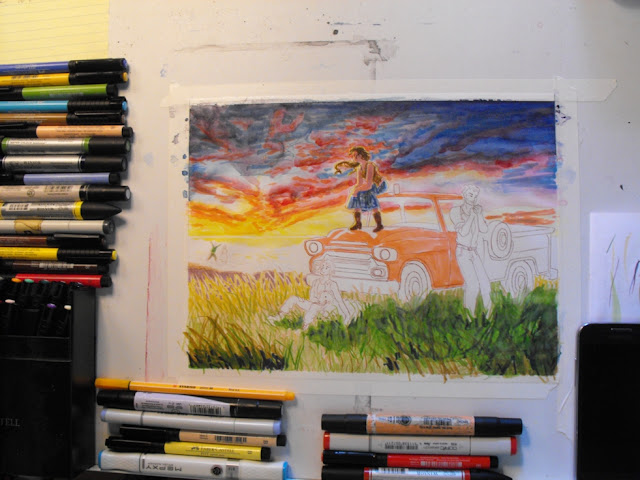 Now coloring is finished; I just have to touch-up ink the lineart. You can see the lack of outline definition especially on Apen's (the dark-haired fellow) face. 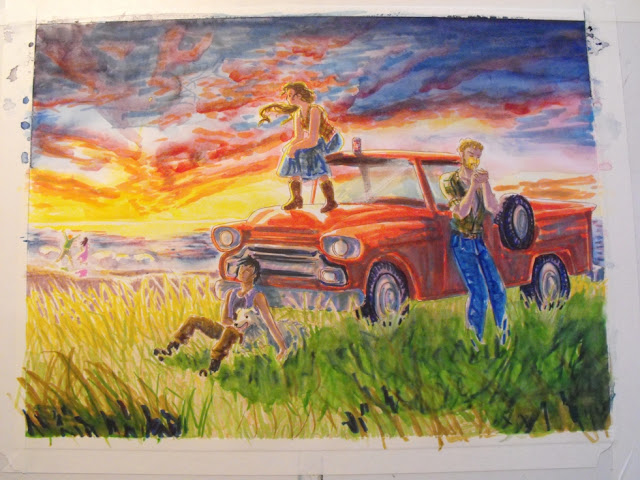 And a digital photo of the finished painting. For posting I use a scan, not a photo, because the resolution is better, but each version captures some of the colors that the other doesn't. 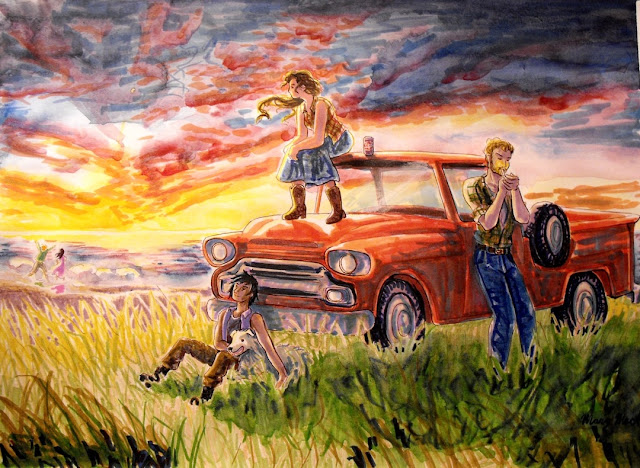 Posted by Mary MacArthur at 7:56 PM No comments: 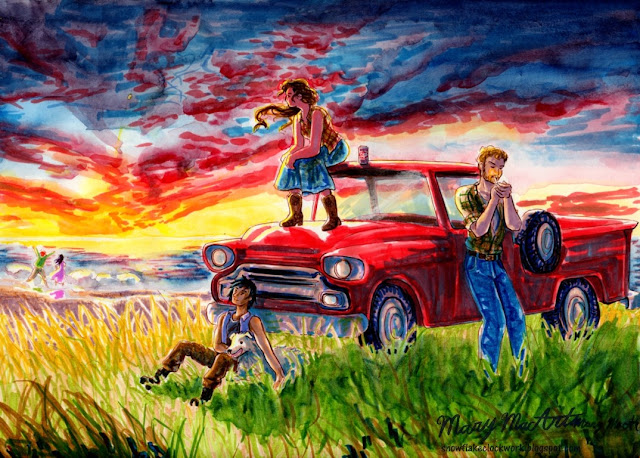 I felt the need to draw some folks with an old truck, so I made an entry for the Summer fanart contest of the webcomic The Silver Eye by Laura Hollingsworth. Its setting is medieval-ish, but it has an American sensibility that I very much enjoy and so expressed here. I'll be talking more about it shortly!
Posted by Mary MacArthur at 6:31 PM No comments: