How Video Games convinced me to Veil 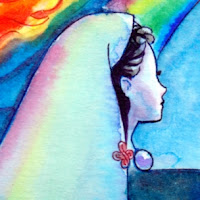 Over the past few years, I've become more and more traditionalist in my practice of the Faith. I'm a member of the Ordinariate of the Chair of St. Peter, which celebrates Mass in the Anglican Use of the Roman Rite, basically the Traditional Latin Mass translated into Prayer Book English plus a later penitential rite and some unique Communion prayers. When I can't get to an Ordinariate Mass, I go to a Traditional Latin one. I believe that, while it is valid, there are major problems with the Novus Ordo liturgy (which I won't go into right now,) so I only attend such when there's no other option for fulfilling the obligation.

Yet, I hadn't ever regularly done something many traditionalist women do: cover my head in church. I had nothing against it and did do so sometimes, but didn't really think about it or see why it should be necessary. I read arguments for it, but they usually were mainly about "the Dignity of Woman." That's absolutely unconvincing to me, because it just seemed like--well, there's a whole strain of trying to Christianize feminism. But feminism cannot be Christianized. It is of Hell.

Going on and on about the dignity of woman and how we're the guardians of virtue and any good Christian man will always treat any woman with nothing but the highest respect is at best sentimental, at worst subversive. Yes, women have dignity and should guard their virtue. But men are to be the authoritative guardians of family and civilization to whom women should defer, and anyone, regardless of sex, who acts unworthily of respect is entitled to none. So arguments for veiling based on the dignity, even the so-called "sacredness," of women were as hogwash to me, and hogwash of which I was thoroughly sick.

I read Ann Barnhardt's article on veiling once and it didn't convince me enough to get me veiling. (She does go on a bit about the dignity of woman but has other arguments too. (By the way, it's a good idea to read that article, and the one linked therein about the necessity of the male priesthood, before finishing this essay. They're also just great reads in of themselves.)) Then, more recently, I read it again and was completely convinced. So henceforward, I'm going to be sure to cover my head in the presence of the Eucharist and know that I'm blessed to do so.What changed in my outlook?

Spoilers for these games, as well as for Professor Layton versus Phoenix Wright, Ace Attorney, follow, so if you're going to play them and haven't yet, don't read any further. If you already have or you're not going to, read on.


Read more »
Posted by Mary MacArthur at 8:00 PM No comments:

My latest column for the Aitkin Independent Age starts with an uncertainty that is now relieved and then moves to movies:

By the time you read this, election day probably will have passed. It’s uncertain: while publication day is Wednesday, the paper’s available Tuesday. If it is over, many people will just be relieved to have done with it. I will have started concluding several important decisions I had been waiting on. Whether to get a retirement account, what to do about my soon-to-be absolutely unaffordable health insurance, how quickly to join a carry permit class; all these decisions depend heavily on what happened Nov. 8. In any case, let’s see what lies ahead and meet it boldly.


In the meantime, I’ll continue my mini-reviews of films featuring Aitkin-born movie star Warren William. I said at the beginning of this series that as the “King of Pre-Code,” William was most known for playing immoral but dashing scoundrels. That is exactly what he does, very impressively, in the two following dramas.


Skyscraper Souls centers on an 100-story skyscraper which David Dwight, played by Warren William, directed the construction of, manages, and is determined to own fully, no matter how many lives are ruined along the way. He is supported by his assistant and mistress, Sarah, played by Verree Teasdale, who is getting a bit old for the latter job. That being the case, Dwight sets his sights on seducing Sarah’s secretary, Lynn, played by Maureen O’Sullivan.

And to expand on my last post, these two articles at The Remnant are very good:

Trump Wins as America inches back from the Abyss

Posted by Mary MacArthur at 2:43 PM No comments: 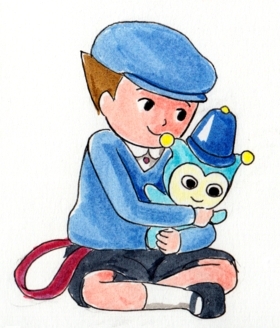 And I only have this to say:

Posted by Mary MacArthur at 8:07 PM No comments:

All Souls' Day - I wish Dante would do it again


I have an absolutely beautiful book of ink illustrations for Dante's Divine Comedy by Sandro Botticelli. He didn't finish, so most aren't colored and some are only pencil sketches, but they're all gorgeous and are one of my highest models to aspire to in regards to line and the human figure. (Nudity follows.) 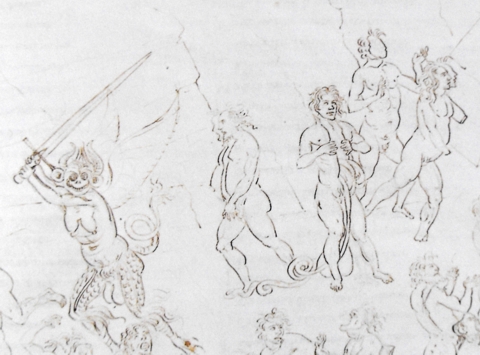 Directly above is the illustration of the place in Hell where are the sowers of discord, including Mohammed, the founder of Islam, shown holding his chest open with entrails falling out. Yes, I'm intentionally being doubly offensive to Moslems: not only is this a visual representation of Mohammed, it's him in Hell, where I believe he almost definitely is. If by some absolutely incredible grace, Mohammed repented before death and called out for mercy not to the false god Allah but to the Triune God including the Person of Jesus Christ, thus receiving Baptism of Desire, he may be in Purgatory. I'm sure he wouldn't have gotten out of there yet.

I often wish desperately that writers had written additional books similar to ones they did write. Frequently I think about Hilaire Belloc's The Path to Rome, his account of walking all the way from Nice to Rome, and I wish so much that he had written such an account of the time that he walked all the way from the Midwest to California to try to reach his intended bride before her mother made her enter a convent.

By the same token, I wish that Dante Alighieri would come back now and write the Divine Comedy again, featuring the souls that now would have, in his judgement, joined the hosts in Hell, Purgatory, and Heaven. And thinking of the recent theological contradiction pledged in Sweden by the putative pope, I wonder what Dante would have Martin Luther say in his place in Hell.

While Luther would have had a better chance of last-minute repentance than Mohammed, since he had been baptized and did at least believe that salvation comes through Jesus Christ, what we can see of his life, deeds, and teachings, which would be what Dante would be going by, would place Luther squarely among the damned. His heresy and schism have torn millions of souls away from the true Church; he encouraged German princes to slaughter peasants and rape nuns; he blasphemed our Lord in his theological implications, denial of the Sacrifice of the Mass, and in simply blasphemous statements, such as when he said Jesus committed fornication multiple times.

Does what I have written here seem cruel, judgemental, unmerciful? I'm sure putative Pope Francis would say so. But if you actually believe the Catholic Faith, the truth is that those who deny God and lead souls away from Him are separated from Him in eternity. That separation is called Hell. Why would God make those who rejected Him be united with Him? He respects their free will, and it wouldn't even be possible, just as it's not possible for Catholics and Lutherans, remaining as Catholics and Lutherans, to be in communion.

But, as I said, it is possible, through incredible grace, that monumental heresiarchs such as Mohammed and Luther may have repented in their last moments. That possibility is the true nature of God's Mercy. The only human that we know with absolute certainty is in Hell is Judas Iscariot. So, on this All Souls Day, pray that those who by all outward appearances would be in Hell may have gained Purgatory, and pray to hurry their journey toward the stars.
Posted by Mary MacArthur at 1:05 PM No comments: