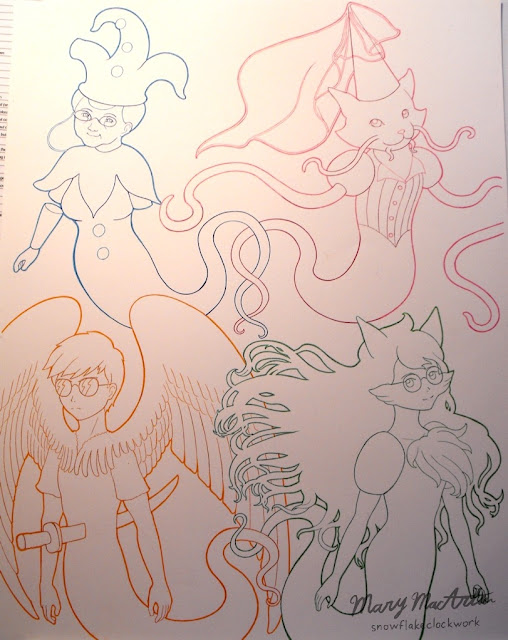 Unfinished ink drawing of the first set of sprites from Homestuck. I was once so enthusiastic for this story. I even did the art for an official t-shirt thereof.

But, like Dr. Who, (which is interesting since they're quite referentially connected) it got really, really intrusively preachy of the politically correct homosexualist narrative, as well as heavily deconstructive. I still feel like I should finish it someday, but going by the reactions of people I know who did finish it, the ending in no way lives up to the incredible, medium-revolutionizing creativity of the early parts.
Posted by Mary MacArthur at 4:00 PM No comments:

For my birthday this year, I again tried to make a strawberry shortcake like you see in pretty pictures. 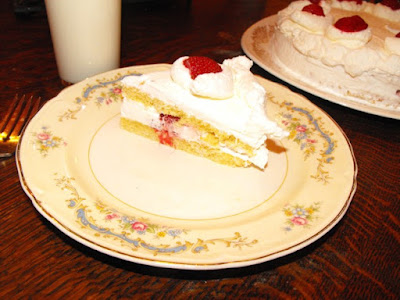 Though it didn't quite rise enough, it was much better than last year's attempt. 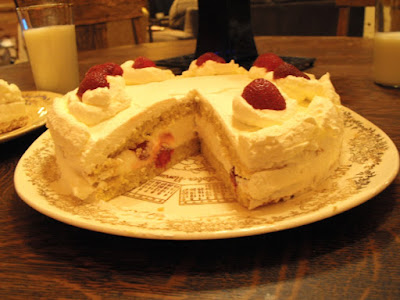 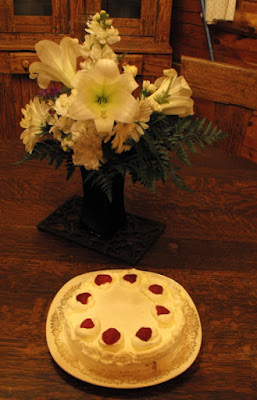 I still have to try again sometime, however. The flowers, by the way, were sent as a gift by my father and mother. 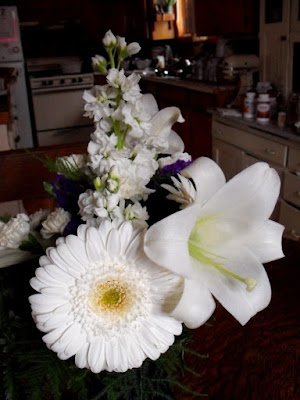 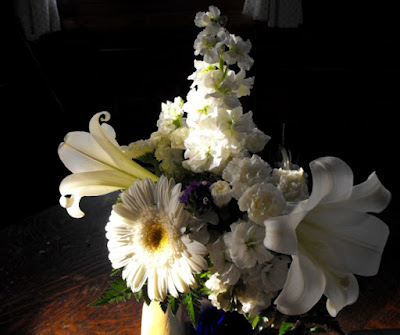 Labels: baking, flowers, photography, things that happen to me

My latest column for the Aitkin Independent Age is in reaction to some recent articles therein espousing an instrument that can be used to protect against one's medically-sanctioned murder or to facilitate it, so I was compelled to enjoin against the latter.

There have been some recent articles about advanced health care directives. By all means, it’s a good idea to prepare one. But I beg you, do not let it be used for killing.


End of life ethics is a very difficult area. I’m not a doctor, so I cannot tell exactly in what circumstances treatment is futile. I don’t know enough to judge individual cases. But I do know the absolute moral principle of never killing a person except in defense. We are not morally obliged to do absolutely everything possible to extend a person’s life for as long as possible. But we are morally obliged never to take action to bring about their death, even if they wish us to.


Read the rest here.
Posted by Mary MacArthur at 9:00 AM No comments: 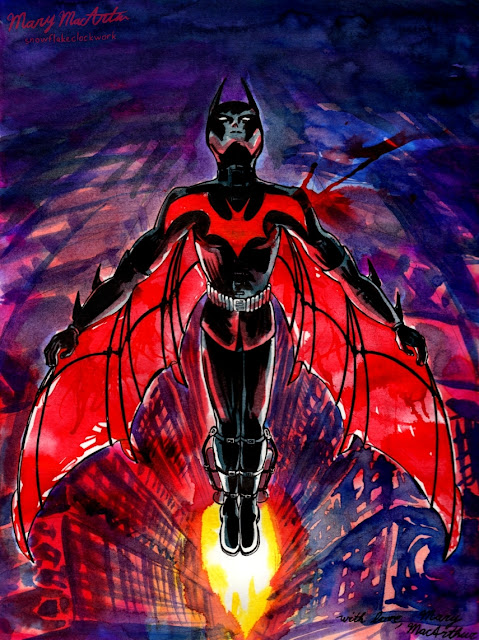 A very quickly-done ink painting of my Decadence redesign of Batman Beyond Batman that was intended to be given as a gift to Will Friedle, who voiced him, but then his convention appearance had to be cancelled. The friend who was delegated to give it to him suggests waiting for if he can ever come again, but I think if that happens, I can hopefully do something not so rushed and thus, much better!
Posted by Mary MacArthur at 8:07 PM 1 comment: