Not so wee anymore

Warning: If you're vegetarian for sentimental reasons or otherwise put off by the idea that the meat we eat was living animals, you might not want to go any further.

So the chickies have just about grown up. 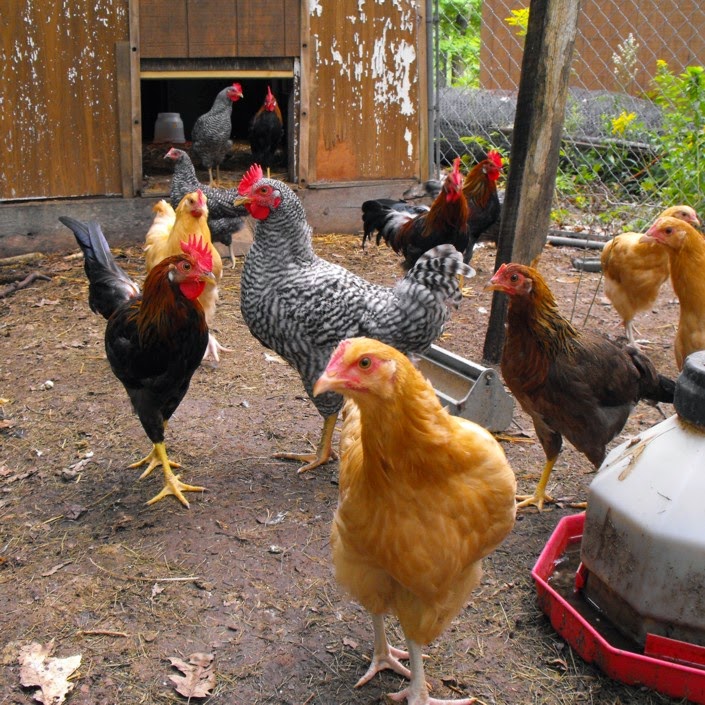 As planned, we're slaughtering all but one rooster, so the remaining hens can provide eggs and the remaining rooster and the hens hopefully provide a new brood of chicks next year. They're not bred for meat (the breeds that are are kinda nasty) so they're not too plump, but still, good eating. 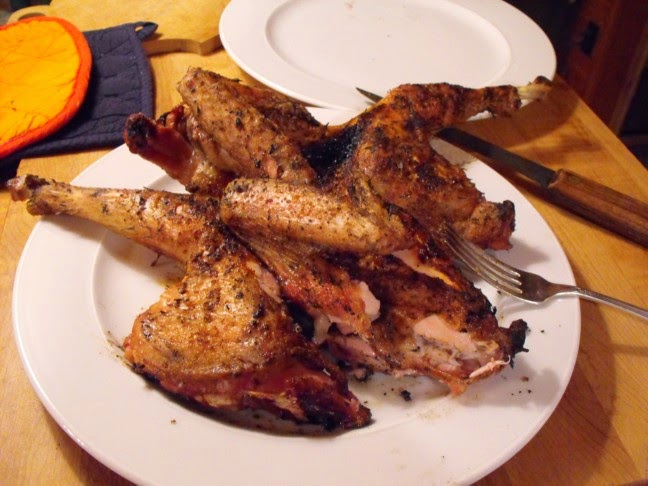 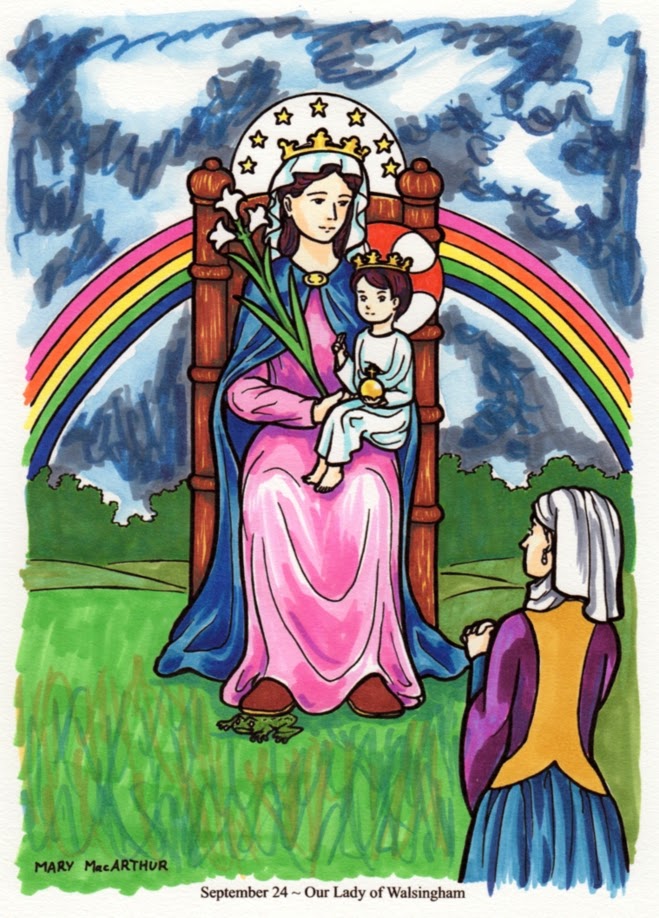 I printed out and colored the page for Our Lady of Walsingham from the Liturgical Calendar Coloring Book. Once again, I do art for a holiday on the day itself and thus don't have it ready to post on that day. Ah well.

I was trying out my new MEXPY markers; they're a lot like Copic but currently much cheaper because it looks like they've stopped making them.
Posted by Mary MacArthur at 5:52 PM No comments:

It was a rainy, rainy Summer, and I've already posted some photos of mushrooms, and so has my sister. Here are some more. 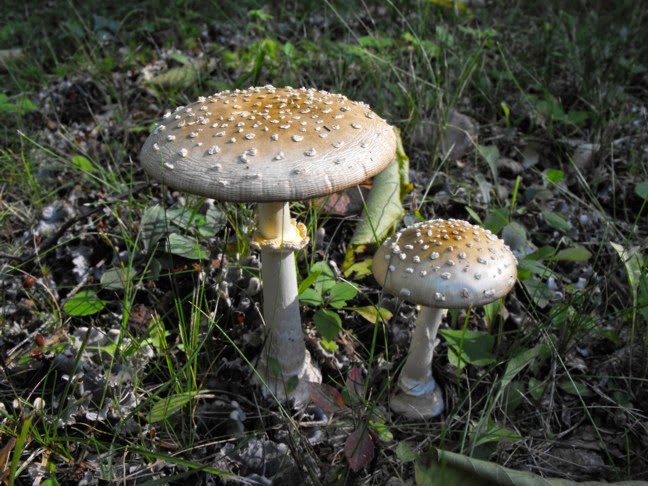 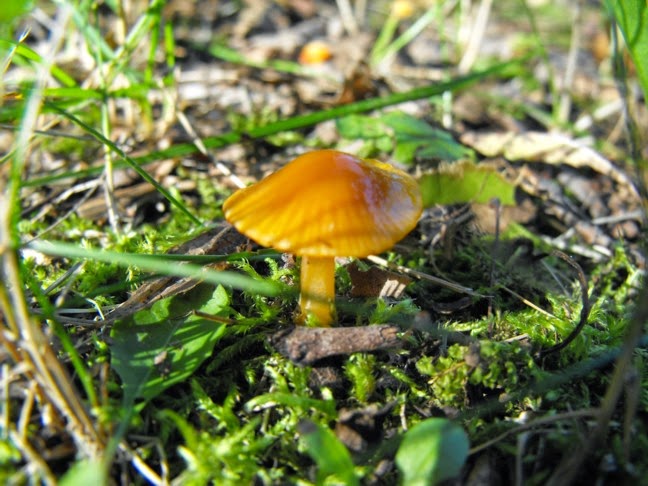 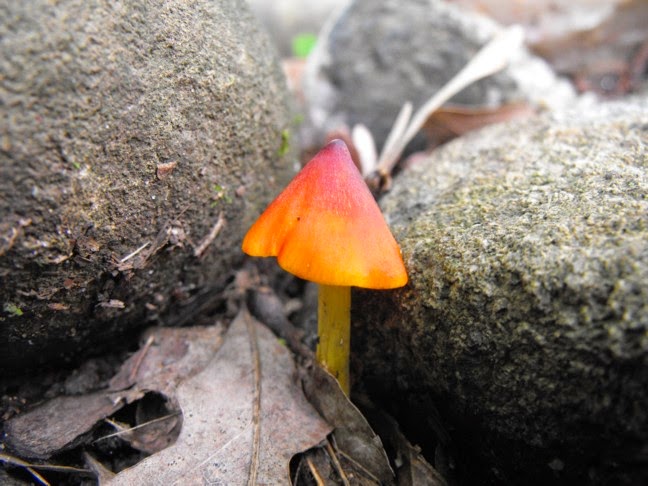 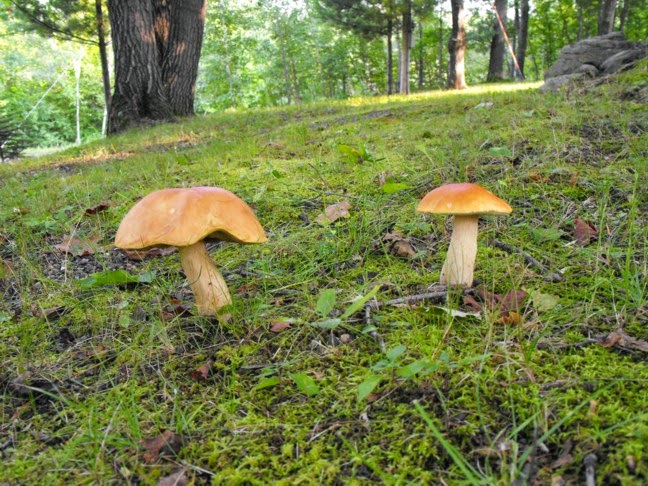 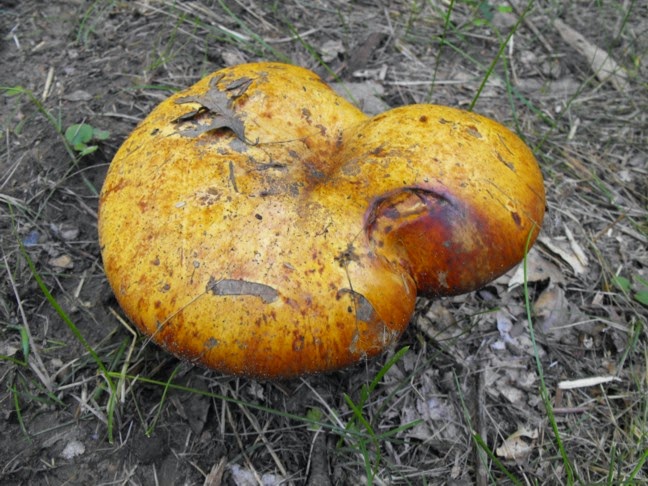 That one was quite big. Here's my hand on it, to give a sense of scale: 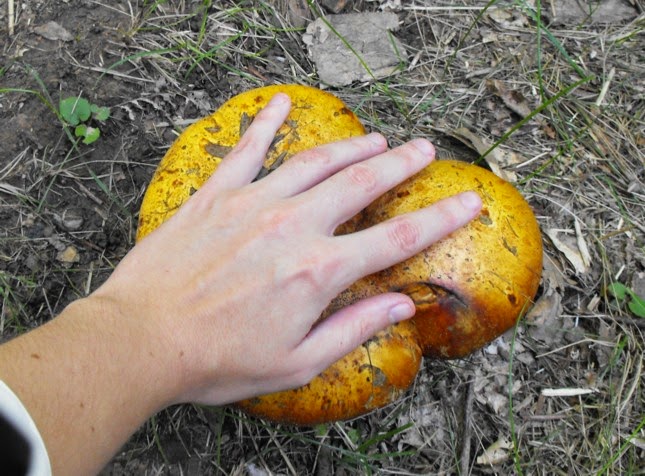 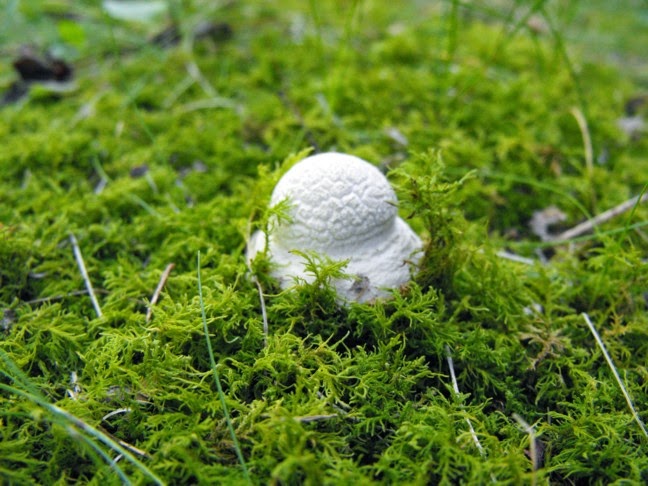 Grew into this one: 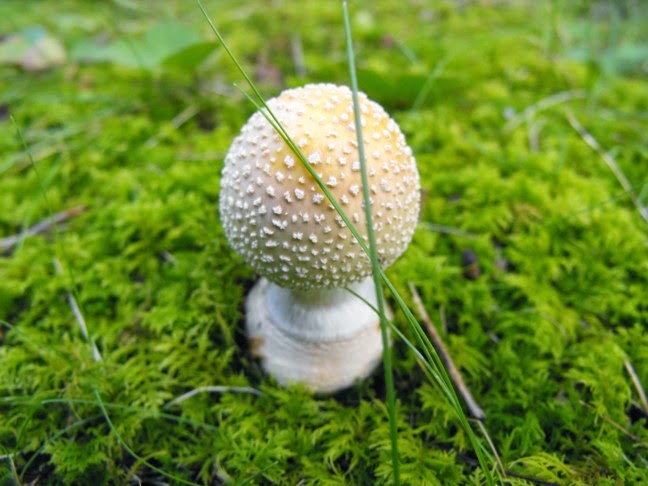 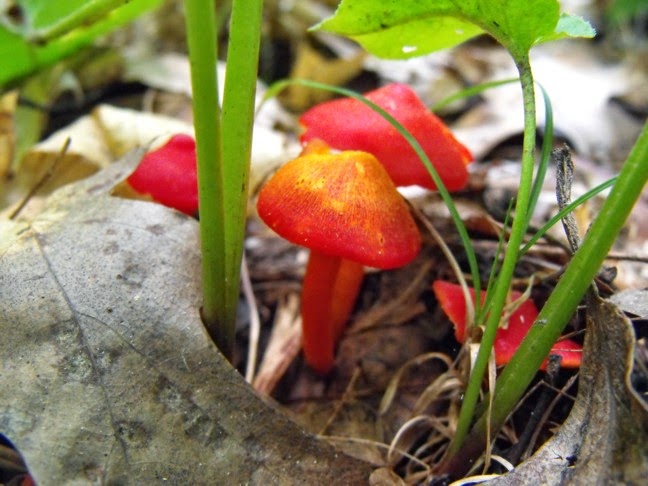 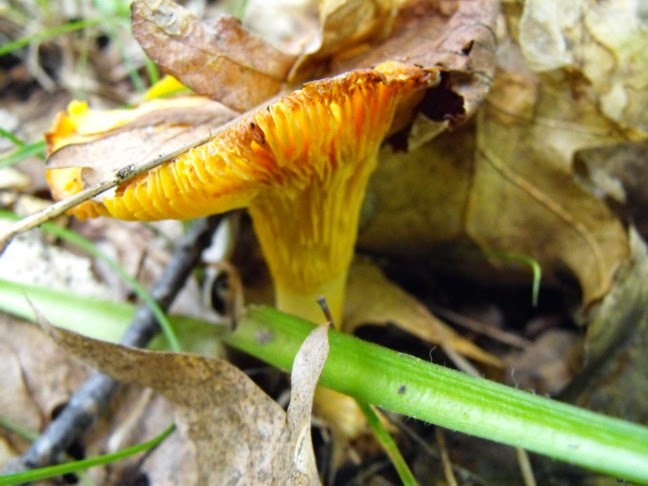 These were all taken in digital with a Fujifilm Finepix s1000.
Posted by Mary MacArthur at 1:16 PM No comments:

I've been making sure to do personal work in between working on commissions, because if I don't I run out of drawing energy. Because there's not much time, they've often been fast and scribbly, like these drawings of Big Barda and Mister Miracle, and the Creeper: 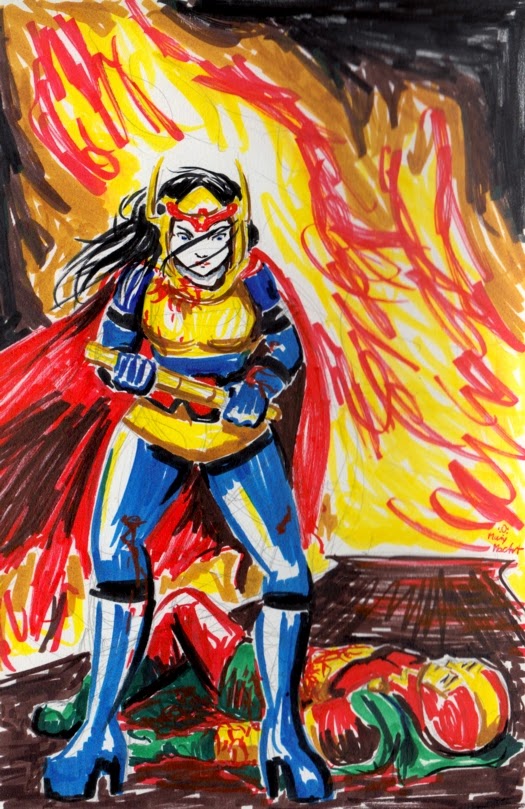 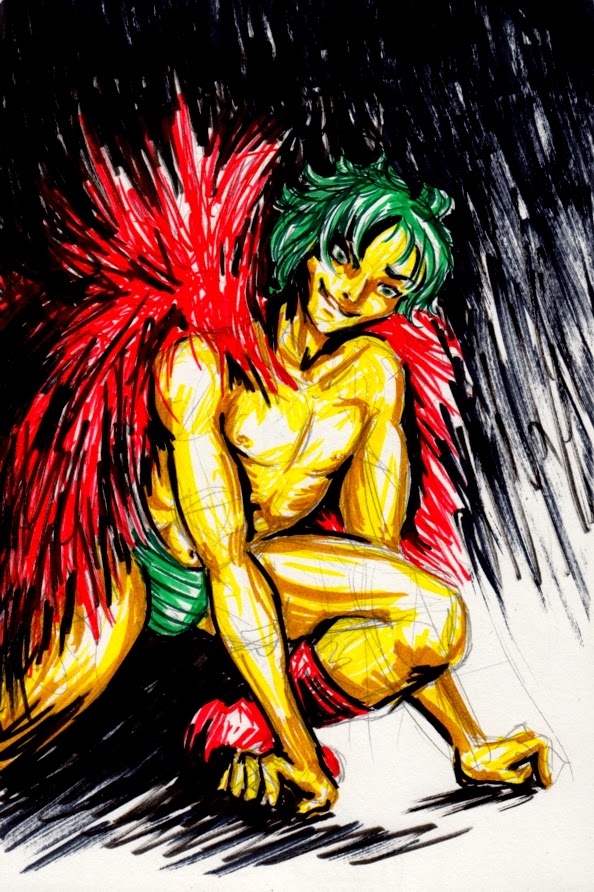 And with those two, I was also trying out a somewhat new medium: Faber-Castell Pitt artist pens with the brush tip. I really really like them. They're all sweeping and brushy, but allow a lot of control, and come in so many colors some of which are even semi-opaque on top of black! And I really enjoy being so wild and scribbly.

But judging from response, I think many people generally prefer a more refined and detailed look to pictures... I'm not sure about this; I haven't done a controlled study, haha, and the above pictures are also rather obscure characters. And I would like to ignore what people prefer and only draw what I like, but well, that doesn't pay the bills. And I do like drawing delicate details; it just takes longer. And an ornate look certainly fits with my big gothic lolita Batman fancomic, Decadence. 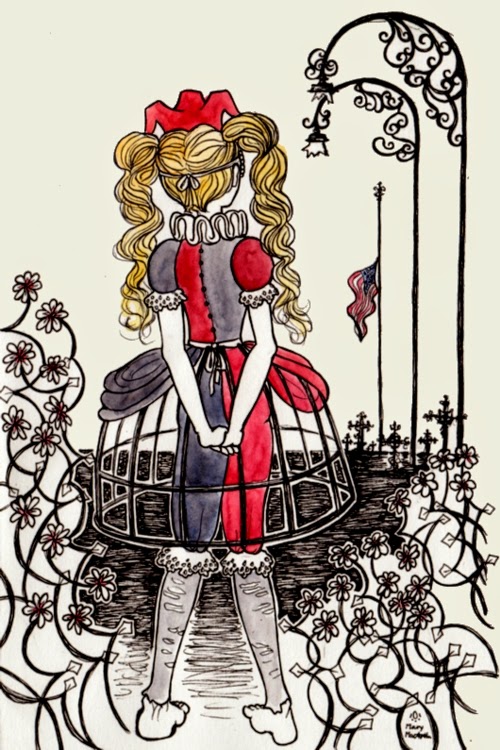 So, I'll probably be moving in a more detailed direction, like this relatively-quick-but-not-as-quick-as-the-brushpen-ones drawing of Harley Quinn, and the below sketch wip of Batgirl. But I want to keep scribbling too. Ah, that's one thing: really successful artists seem to stick with quite consistent style and media. I think my style, as regards the human face and figure anyway, has defined itself quite a bit by now, but I still want to be all over the place with media and how the pictures look overall. The cliches would tell me not to consider at all what other people like nor to try to settle down to a consistent style, but that might not be best for really building a solid body of work. Ah, I dunno, gotta get back to work. 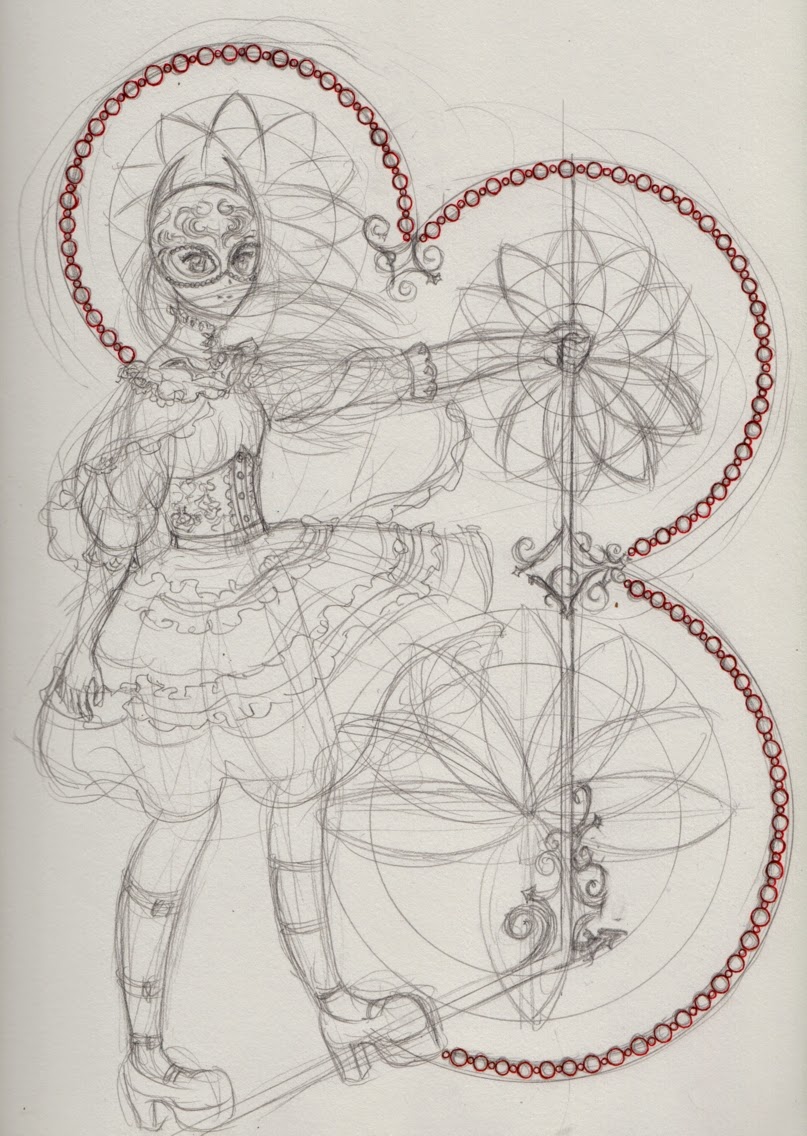 Posted by Mary MacArthur at 4:22 PM No comments: 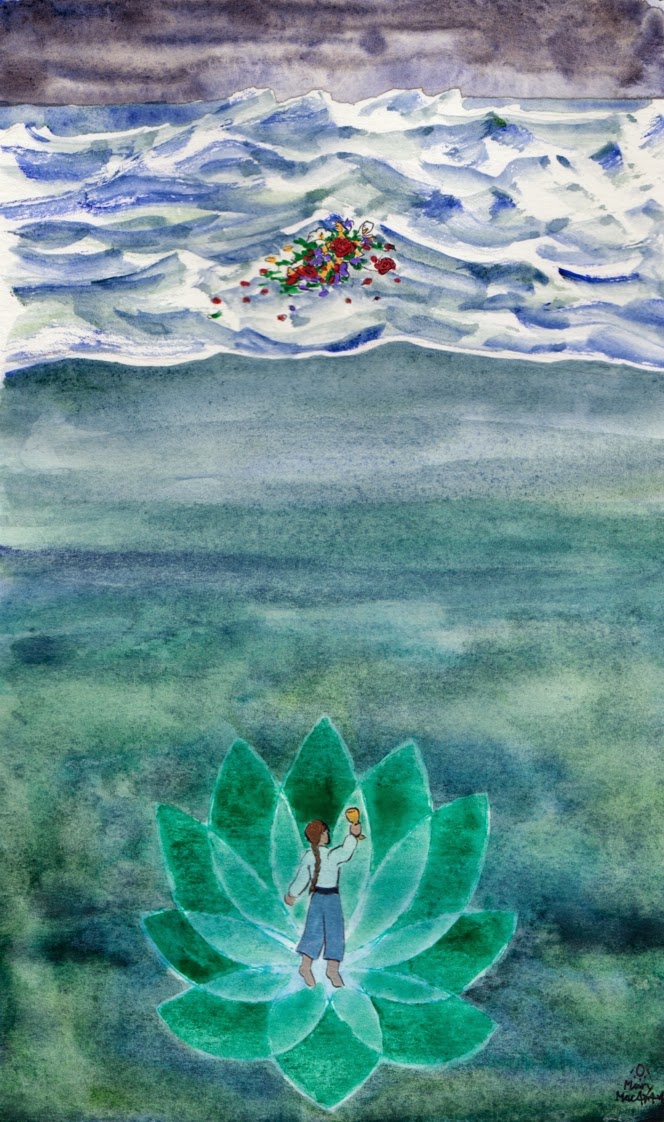 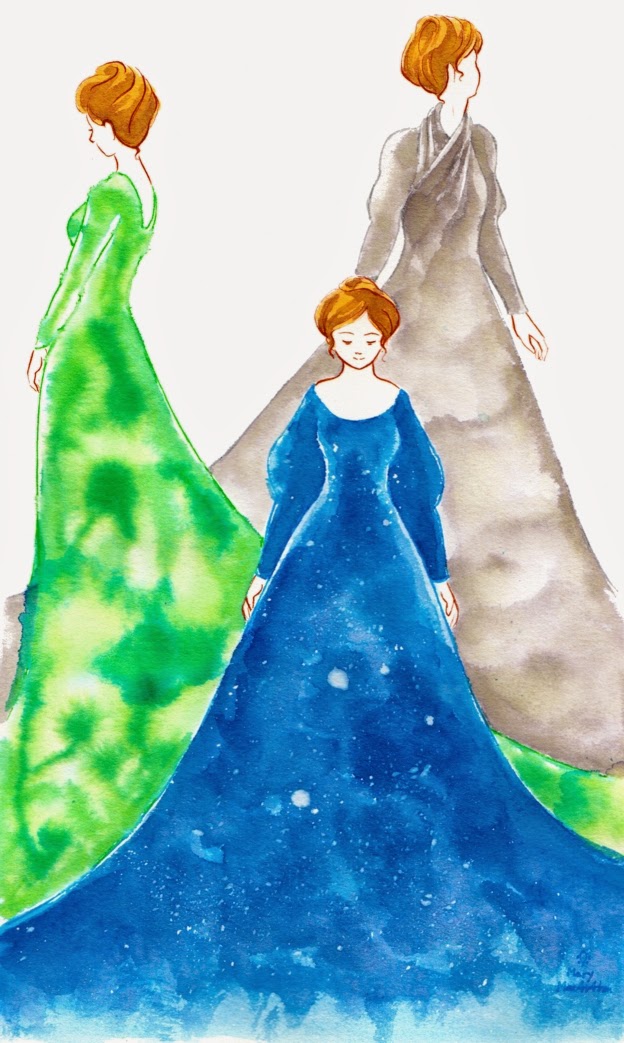 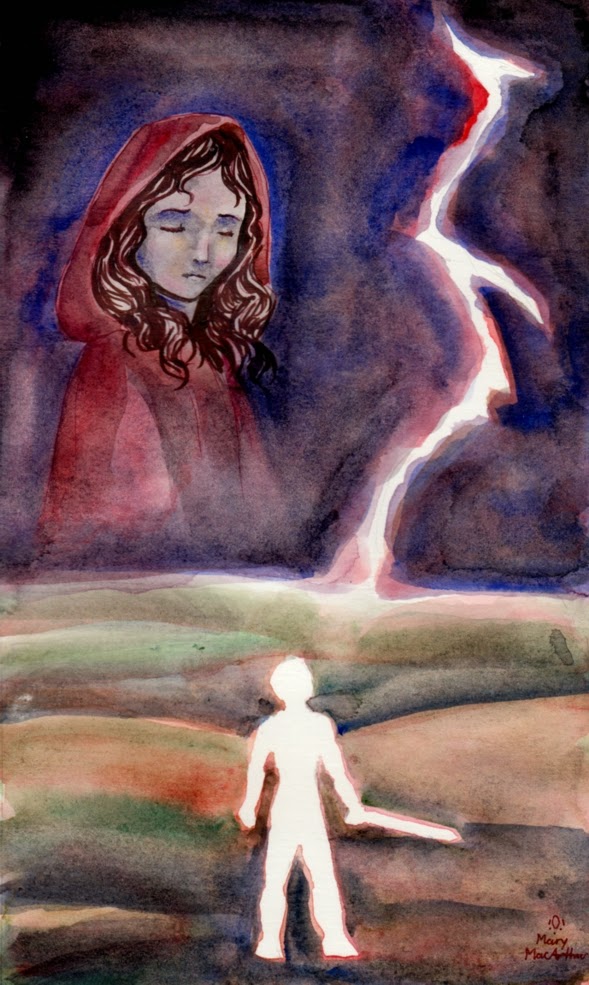 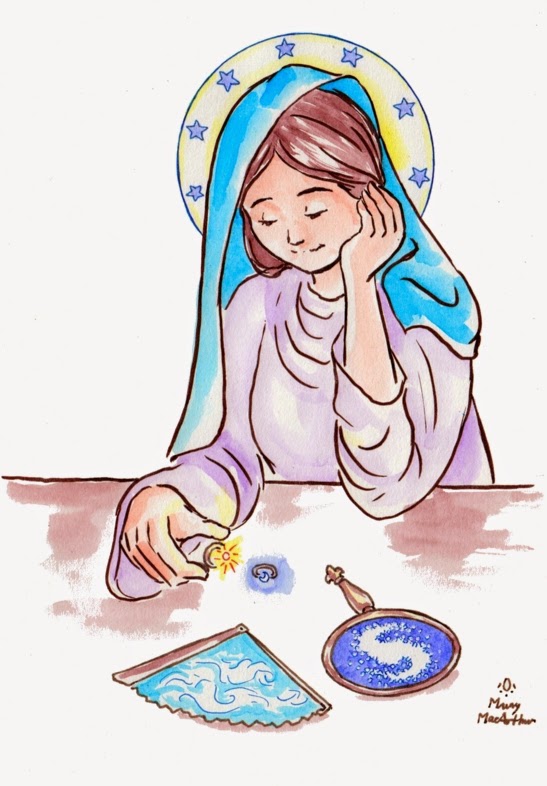 Sorry for the delay; the power was out most of the day.
Okay, there were five entries, I used one of those random number rollers, and the winner is...

I sent her off an email to tell me where to send her prize. Everyone else, if you would like one of the booklets, you can buy one for eight dollars:


Posted by Mary MacArthur at 6:50 PM No comments:

Little drawing of Anna's characters, the Peddler of Lavalaira and the Wandering Jester.

I haven't done a big, elaborately colored, stand-alone picture in a long time. Too much work; well, there will be things to show when we start getting toward the Christmas time. Which doesn't seem so far away. That's how to make times seem soon: put deadlines then.
Posted by Mary MacArthur at 2:44 PM No comments:

Writing, writing (not actually about me writing) 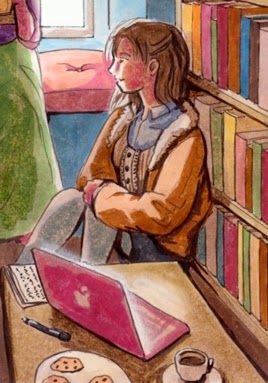 The online magazine Ink and Fairydust has revamped a lot of things, and some of it I'm a bit late noticing, heh, been busy. One is the new blog has loads of articles, including this one about writing groups with an illustration by me that the above is a preview for, but if you want to see the whole picture click here and go to the article!

Every time they ask us illustrators to choose an article to draw for, and I chose that one because it made me wish I were in a writing group like it describes.

There's also a new mini-issue, with a funny poem about Benjamin Franklin, also illustrated by me! Go and look!
Posted by Mary MacArthur at 4:06 PM No comments: