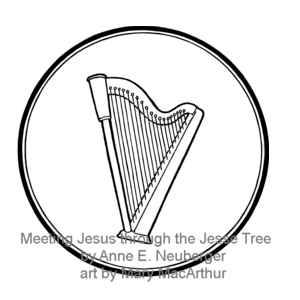 Advent is coming up before too long, so I'd like to announce my illustrations are featured in a new Advent book! 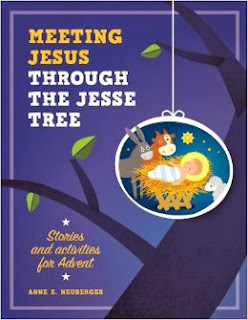 The second edition of Meeting Jesus Through the Jesse Tree by Anne E. Neuberger, has twenty-four ornaments for coloring and hanging on your Jesse tree, with lineart by me. The one at top is the one for David; I like the one for Jacob the best. You can buy the book here or on Amazon.

In other news, I made a tumblr for the development of my Batman fancomic, of which I've posted some concept pieces here in the past. You can check it out here if you like.

Posted by Mary MacArthur at 11:49 PM No comments: 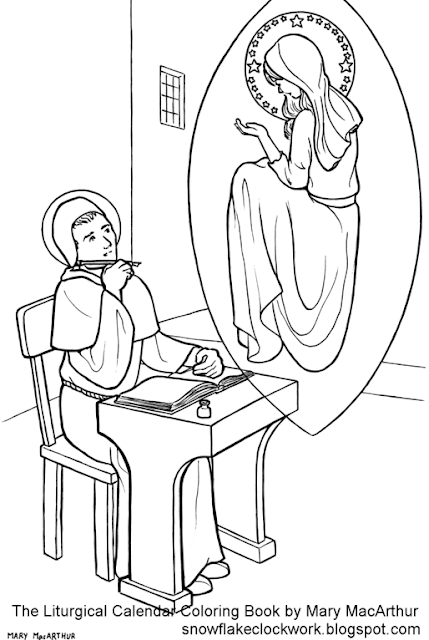 Today is the feast of Blessed John Duns Scotus, the Subtle Doctor who laid out the doctrine of the Immaculate Conception long before it was officially promulgated. I've had fun drawing about this before. While every saint and blessed has a day, most of them aren't observed on the calendar. This one isn't, so I wasn't going to include him in the Coloring Book, but then a subscriber specifically asked, so here we go!

I wasn't sure from what I read if he's thought actually to have had a vision of Mary or not, but whether as object of vision or contemplation, she was definitely present to him.

I also decided today to make a little gallery on this blog of some of my best work. You can get to it up there in the top bar.

Sign up for coloring pages of every single saint's day here!
Posted by Mary MacArthur at 5:53 PM 2 comments:

A boy and his tiger 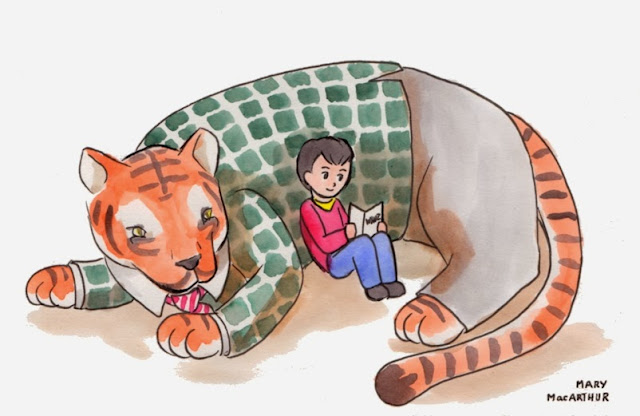 Billy Batson (also known as Captain Marvel) and Mr. Tawky Tawny, the talking tiger. They came long before Calvin and Hobbes!
Posted by Mary MacArthur at 2:07 PM No comments: 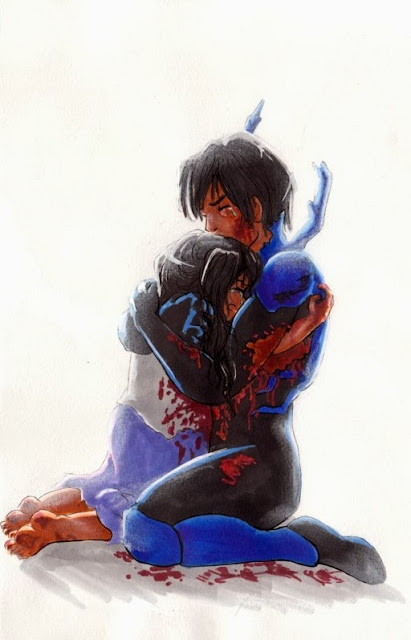 I didn't think I'd post this here, but I like how it turned out so very much and I've made no secret of my love for the third Blue Beetle, so...

The idea is from something that is suggested, but not resolved, in the comics, and I was inspired by an old picture of Becki Lee's and the song "Summer Home" by Typhoon:

Posted by Mary MacArthur at 2:18 PM No comments: 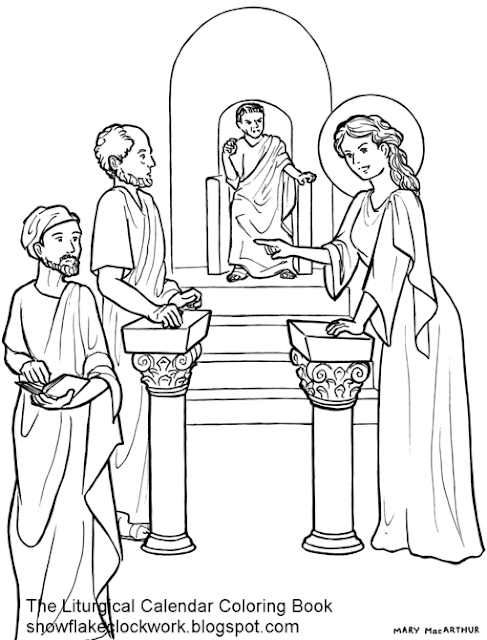 I finished and just sent out the November pages. This month was a doozy; not many ferias and a number of days requiring two pages. Phew. But now! Just finishing up December is left! It's the home stretch!

Christ the King is the last day of the liturgical year, so that page is to be my artistic climax of this work. I went a little crazy and apocalyptic, but I think it's fitting.

Sign up for coloring pages of every single saint's day here!
Posted by Mary MacArthur at 6:36 PM No comments:

All Saints and All Souls 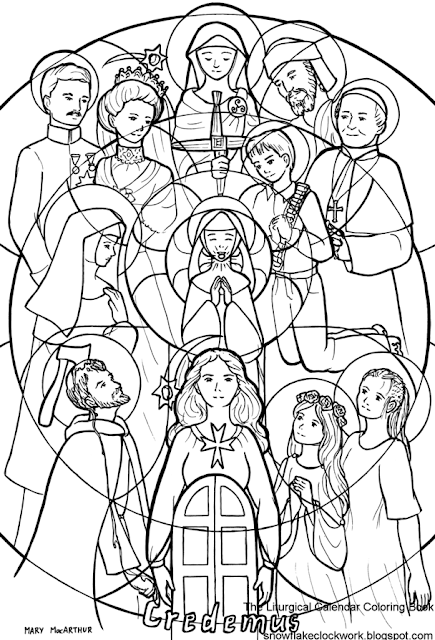 My coloring page for All Saints' Day includes some saints and blesseds (and others, read on) whose days aren't liturgically observed on the calendars I'm covering. In choosing, I tried to cover a wide range of time, and they all are particularly interesting to me.

You may have noticed I included two people for whom the Church has not declared any saintly status. This is to emphasize that All Saints' Day covers absolutely everyone in Heaven. And Zita's cause is open, and Beatrice-- that's Dante's Beatrice, so... yeah. If he can say she's in Heaven with such power, I can but defer to him. And did you know, there's an encyclical, of Pope Benedict XIV, which says that Dante is the greatest poet of all.

I didn't want just to have a group picture and that's all there was to it, so they're united, Communion of Saints, in the halos of the Sacrament on Bl. Imelda's tongue. I know, in Heaven He won't be hidden under other attributes, but that was the best I could draw It here. Everyone's looking that way except Beatrice, who's looking at us, a bridge to bring us into this, like she was to Dante. 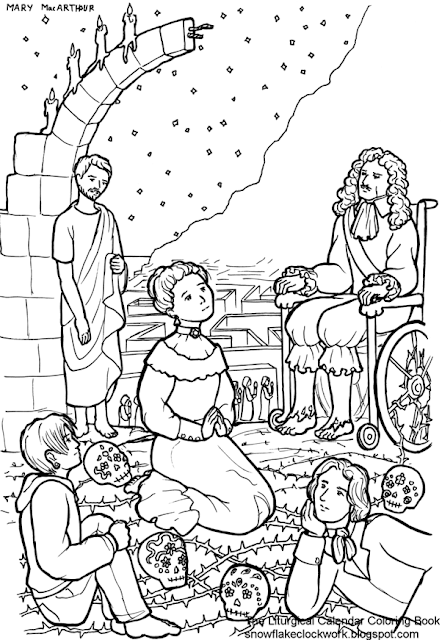 My All Souls page is also Dantean, with the mountain and procession. Two real people I included here: King Charles II of England and Oscar Wilde. Both led dissolute lives and joined the Church on their deathbeds, so I think it's not unlikely that they were or are in Purgatory for some time. If I'm wrong one way they'll forgive me, if, God forbid, I'm wrong the other, that's just too bad. The sugar skulls indicate prayers and acts of charity, (including offering sugar skulls,) that the living do for the souls in Purgatory.

All the November pages will be sent out soon!
Go here to sign up for coloring pages of every single saint's day!
Posted by Mary MacArthur at 3:44 AM 2 comments: