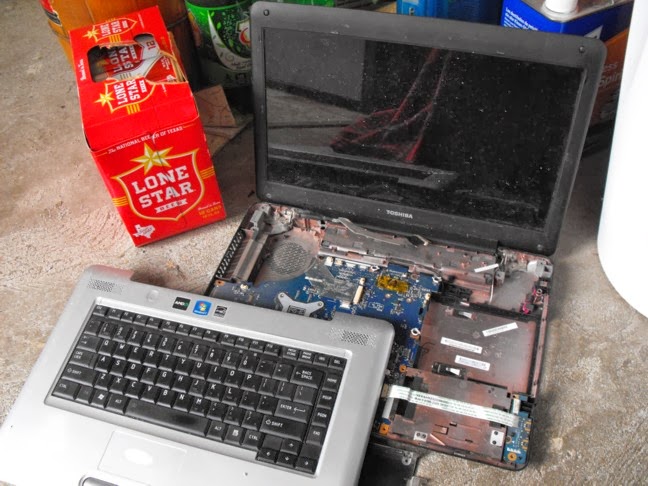 My poor computer, a Toshiba Satellite I'd had for four years, broke. I turned it on one morning and the screen remained black and not all the usual little lights went on. We tried different things all day, until a loud rattling started and smoke began coming out. It was then I resigned myself to getting a new one.

I did, and we took the old one apart as you see above, to get at the hard drive to try to recover my data. Fortunately, it was all there, so I transitioned to the new one without much fuss. It was a big expense, though, so to help a little with that, for a limited time I'm doing single-figure drawing commissions for only ten dollars. I've got four slots open currently, so email me at snowflakeclockwork [at] gmail [dot] com if you're interested.

One of the things I was going to blog about was this: 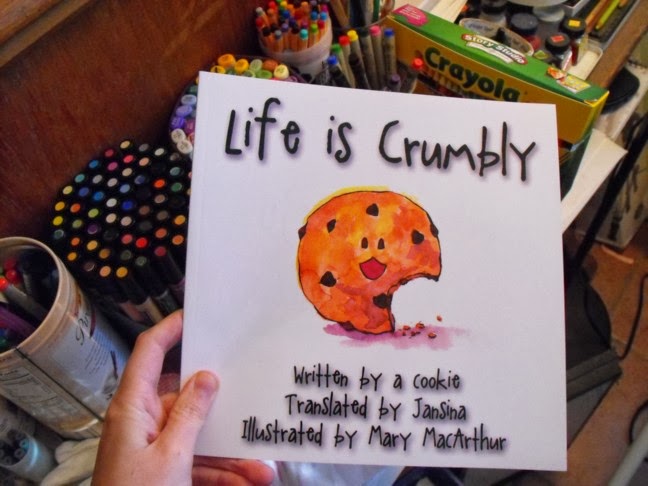 I received a copy of Life is Crumbly from the author, Jansina! It's always so cool to see your drawings printed with the story. 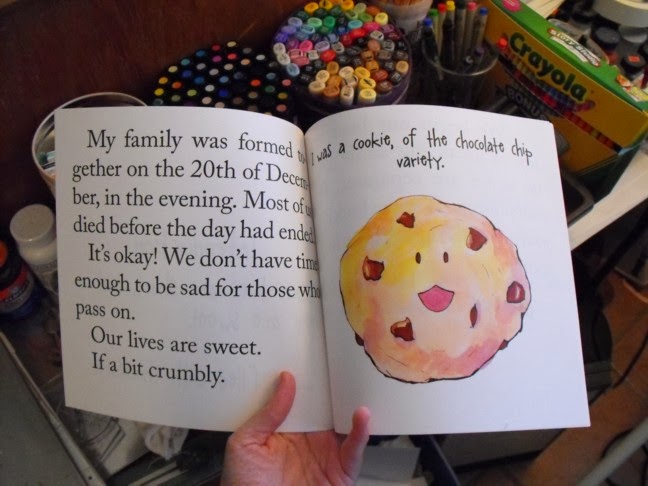 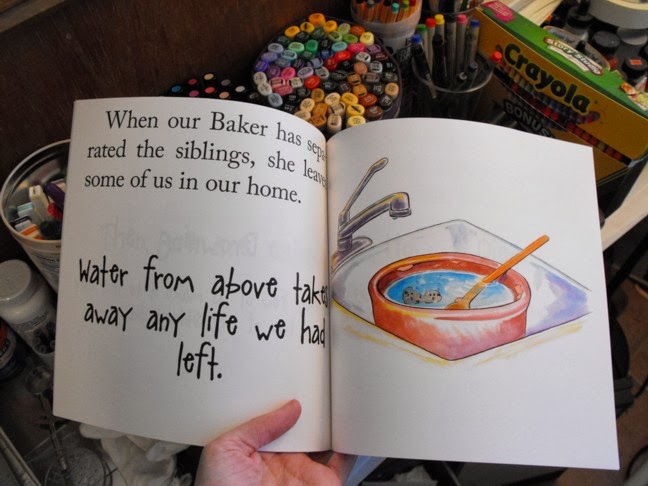 Finally, I wore a different professional artistic hat for the first time, photographer! My brother hired me to take some pictures of him and his girlfriend at the park. I'm not posting any because they're theirs, but a lot of them turned out really well. (If you know us personally, I believe they shared some on their facebooks.) Anyway, during that shoot, I found a dead pigeon. You might not want to look below if that kind of thing bothers you, but I think it's quite beautiful. 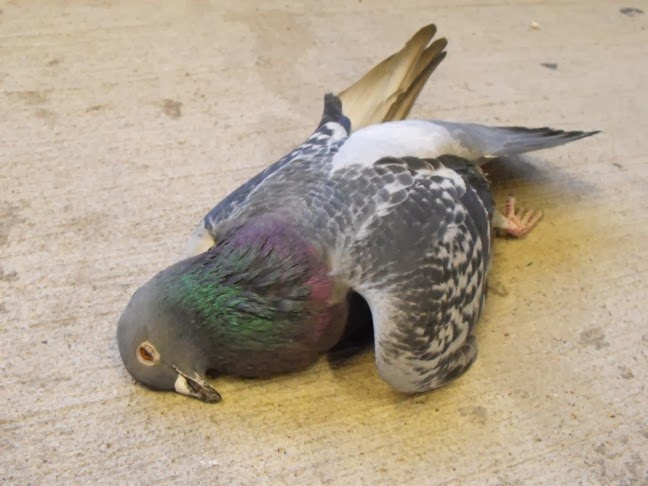 Posted by Mary MacArthur at 4:39 PM No comments:

Labels: books, photography, storybook, things that happen to me 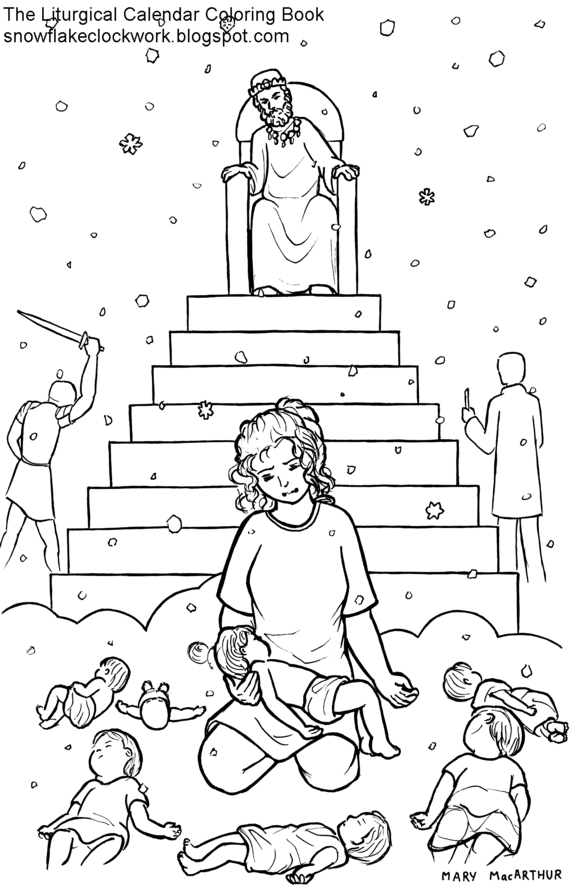 Today is the anniversary of Roe vs. Wade, and over 55 million babies have been slaughtered in America since then. And that's just America.

The page from the Liturgical Calendar Coloring Book for the feast of the Holy Innocents, above, is very different from the fun, happy pictures one might expect from a coloring book. But things being as they are, I could do nothing else.
Posted by Mary MacArthur at 12:52 PM 1 comment: 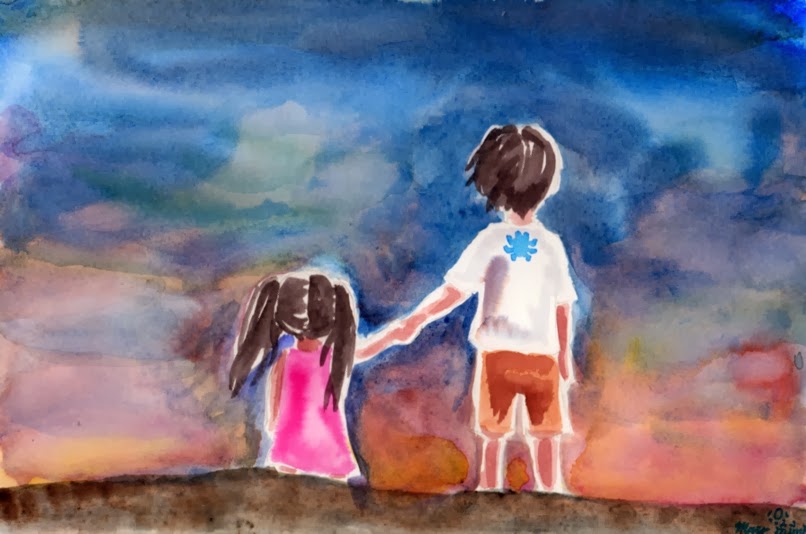 This is a Blue Beetle fanart, of Jaime Reyes and his little sister Milagro, though not the one I mentioned in the last post. This one I did all of a sudden, in watercolor. It feels odd to me to be more at ease with watercolor than marker, but that's how it goes sometimes.
Posted by Mary MacArthur at 12:35 PM No comments: 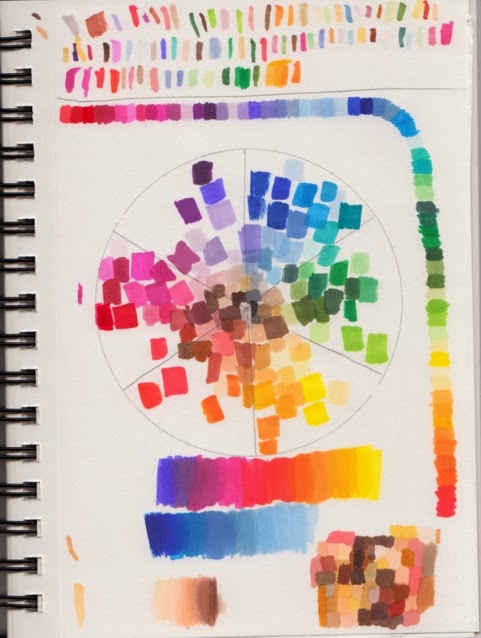 After a year of drawing almost nothing but black and white line drawings for the Liturgical Calendar Coloring Book, I sat down to color my latest Blue Beetle fanart, and found I was drawing a blank, rather literally. What colored pictures I have done lately, I used Stabilo pen ink applied with a waterbrush, which yields a light, airy watercolor look, and for this I wanted something more deep and dramatic. But I had forgotten how!

Sadly, real life skills aren't like in an RPG; when you gain enough experience to get to a high level, you don't just sit there at that level. If you don't keep gaining EXP by practicing the skill regularly, you start backsliding. (Although, I imagine an RPG could be made like that; might be a neat touch of realism.) So, I've been doing some simple, sloppy exercises to get reacquainted with my Copic and Prismacolour markers. Just baby steps for now, but I'm realizing that I never actually approached these colors in a systematic way, like I did with crayons. So now's a chance to do that.
Posted by Mary MacArthur at 3:18 PM 2 comments:

Labels: marker drawing, media, things that happen to me

Christmas at the End of the World

Wanted this to be my first post of the new year because it's bleak about this world but hopeful about the next. This is an illustration for 'The World's Last Christmas', a powerful short story by Regina Doman, author of the Fairy Tale Novels series starting with The Shadow of the Bear, which you may have heard of. The story, with this picture, may be found in this year's Christmas issue of Gilbert magazine.

Hope for the New Year!
Posted by Mary MacArthur at 12:01 AM No comments: