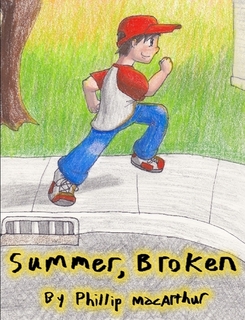 My brother Phillip has written a young adult book and it comes out today! It's really imaginative, nostalgic and very very funny. And it was illustrated by my sister Anna; you can see some previews of the illustrations here.


The story’s hero, Kenny, joins a baseball team for the summer, but soon becomes convinced that the opposing team is cheating by use of magic. No one else believes him except for one of his team mates who can’t speak English. Kenny is determined, though, and investigates occurrences of sorcery in the town. This leads him to a connection between the haunted house and the baseball field, and finds out that the witch living in the haunted house is connected to the opposing baseball team! Summer, Broken features magic, ghouls, investigation suspense, a deadly virus called the Cooties, an impossibly large fish, baseball, a great amount of running, and all sorts of summer fun. Kenny learns that doing the right thing is more important than becoming famous, and that although his parents’ rules might be strict, they just want to ensure his safety.

Buy it here!
Posted by Mary MacArthur at 3:45 PM No comments:

Labels: art not by me, books 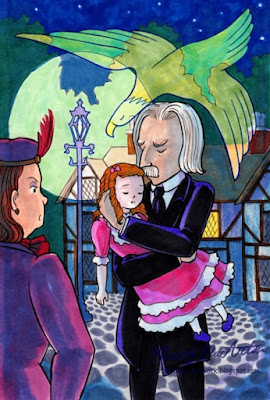 I had a dream where there was this country doctor who could turn into a bald eagle, and there was some problem with a trade union in the town, and the doctor's daughter had a cursed doll that caused her to die, and this trade unionist woman showed up to demand what the doctor was going to do for the trade union, and he was so angry and upset and he went out to meet her carrying the body of his little daughter.

And the scene was visually striking so I woke up inspired to draw it, and it served the purpose of: in the midst of illustration for hire, I need to be drawing something of my own now and then or I burn out.
Posted by Mary MacArthur at 7:25 PM 2 comments: 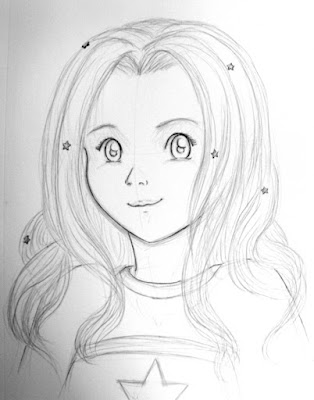 Here's the sketch for my portrait of Mimi from Digimon.

And here's one for one that hasn't been finished yet: 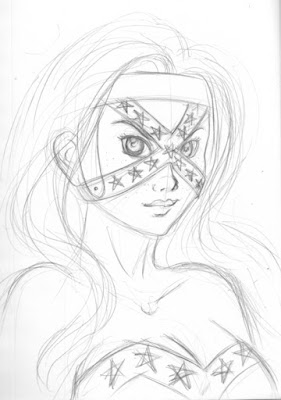 Rebel from Alt☆Hero. As this is a training exercise, I tried to learn from the flaws in the Mimi one: Mimi's nose and mouth are of a smallness that can work for anime style but not this semi-realism. So with my second attempt, I took a lot of influence from Anthony VanArsdale. We'll see how it goes to color!
Posted by Mary MacArthur at 11:01 AM No comments: 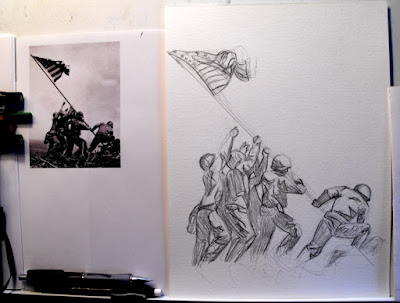 Sketch for my ink drawing of the Raising the Flag on Iwo Jima photograph. It was fun to block out the shadows like that.
Posted by Mary MacArthur at 7:02 PM No comments: