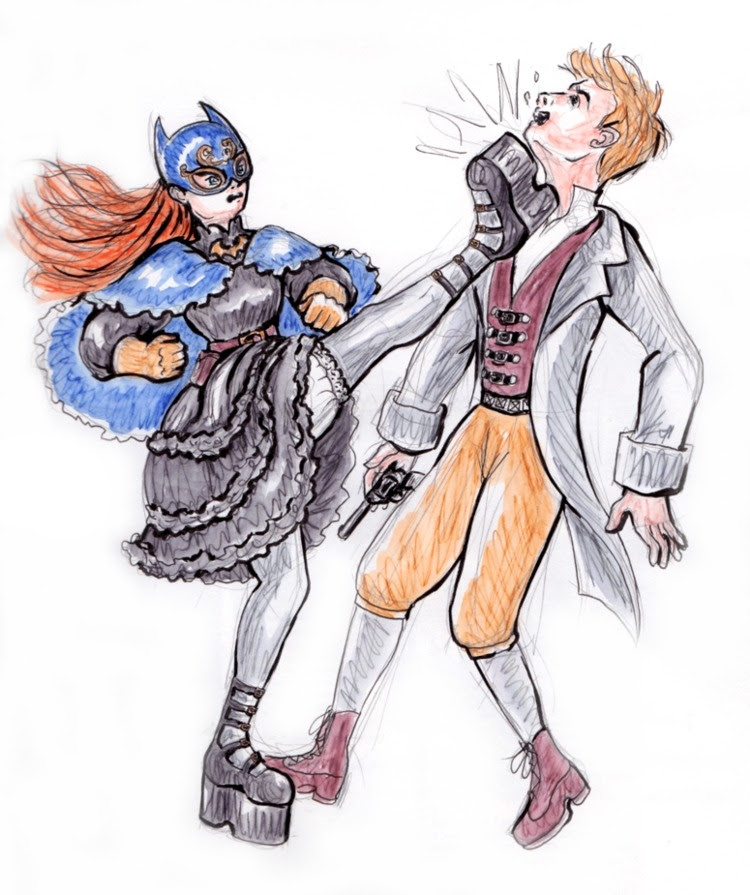 Sketch of my Gothloli Batgirl kicking some tailcoated goon. Gothloli platform mary-janes would be something to be kicked with, indeed!

Thinking about the poses I want to draw for her fight scenes-- I want to avoid the ridiculous objectifying pinup stuff that is saddeningly frequent with superheroines, but not go out of my way to countervail the fact that a female body in motion will make clear the fact that it is female. So I'm just trying to think what would be natural if I wanted to kick a guy in the face.The frills and fullness of Gothic Lolita style is good too--even if she were sticking her bottom out pinup-style, you couldn't tell in that poofy skirt. ~_^

Also, I got a tumblr blog here. The idea is I'll mostly put stuff there that's not polished enough for here or too unabashedly fangirly, but I'm not sure. I do feel happy putting just about anything here, and the interface for tumblr I'm finding terribly confusing. We'll see.
Posted by Mary MacArthur at 3:01 PM

Fiction
The Heretics of St. Possenti by Rolf Nelson