I've been very busy and rather sick, so I don't have a new Easter art of my own to post. But I thought I'd share some of my favourite Easter art. 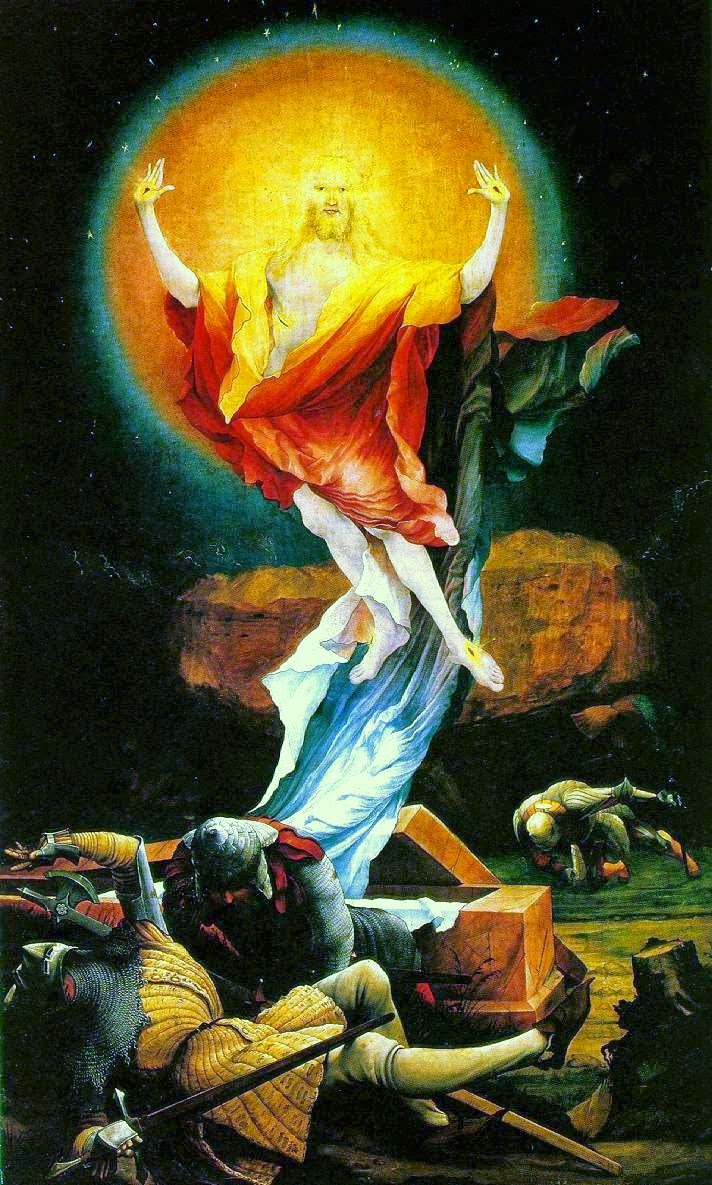 It evokes the New Flame in the middle of the Night of the Great Vigil. And the shining glorified Body of Christ! I once saw an artist/art critic claim that Grunewald didn't believe in the Resurrection because in one of his Crucifixions Christ's Body is tinted with green. Um, green traditionally symbolizes new life, as well as contrasting complementarily with the Blood of the Wounds (it was telling that at the time this critic artist worked only in black and white) and finally, just look at this painting! 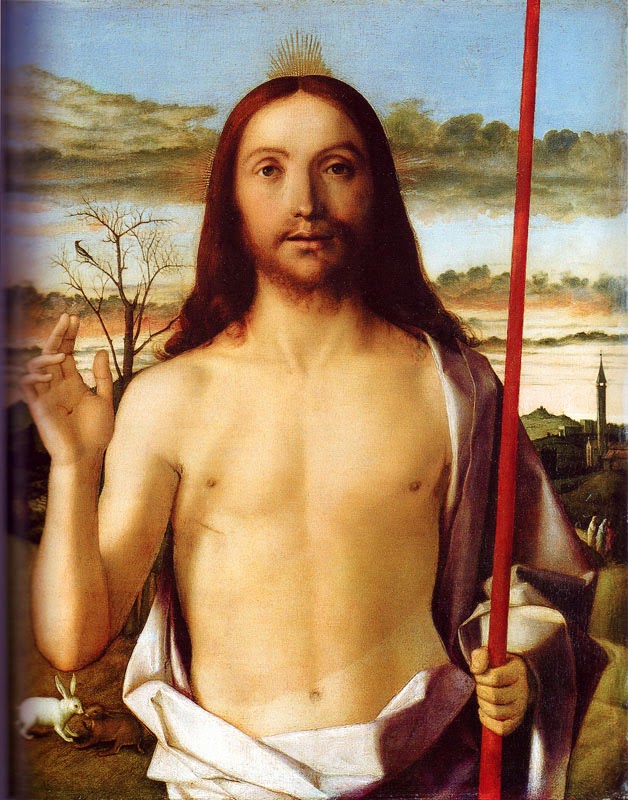 And this one, the freshness of Easter morning! I like those rabbits a lot. Unlike with Christmas, it's kinda hard to unite artistically the religious and secular visual elements of Easter, but that's a start. So I included them in an Easter picture I did back in 2007: 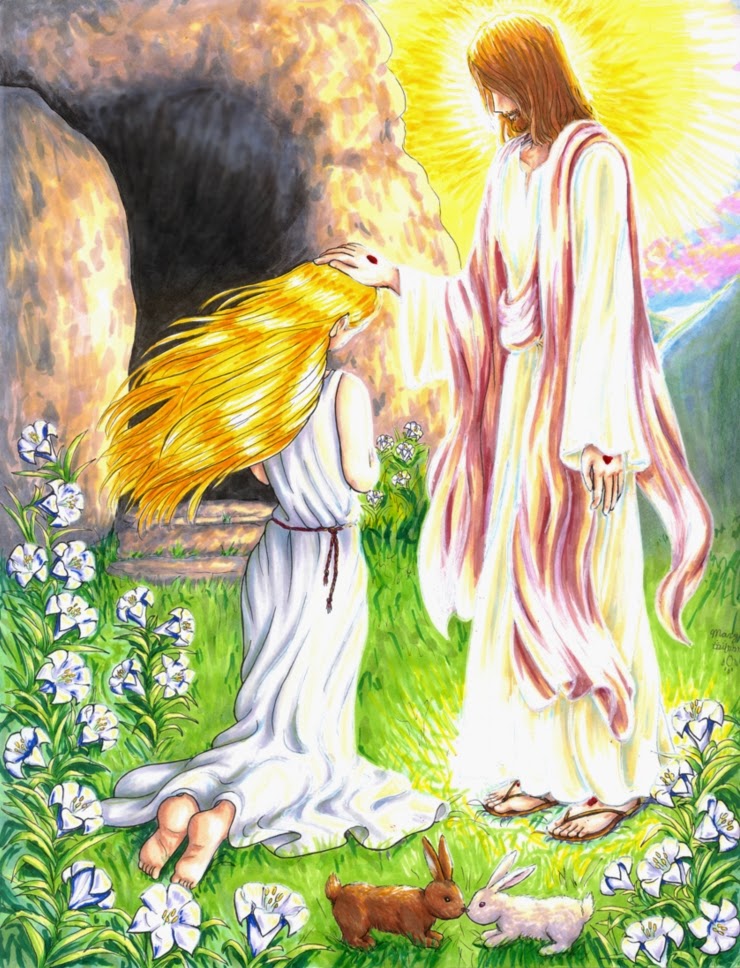 The Converted goddess by Mary MacArthur.

Seven years old, oh man I hope I've improved a bit. A bit arrogant of me to put it with the above masters! But I still like the idea: people say that the word 'Easter' comes from the name of a Germanic goddess of Spring. The Protestants say it to mean that Catholicism is corrupted with paganism, and the so-called Neo-pagans say it to mean the holiday is really theirs and has nothing to do with Christ. But I say:

"But because it is only Christian men
Guard even heathen things."

G.K. Chesterton, The Ballad of the White Horse.

Labels: art not by me, Chesterton, Eucharist, holiday, marker drawing

Beautiful choices to share. Thank you.
I'd say you've absolutely improved since '07.