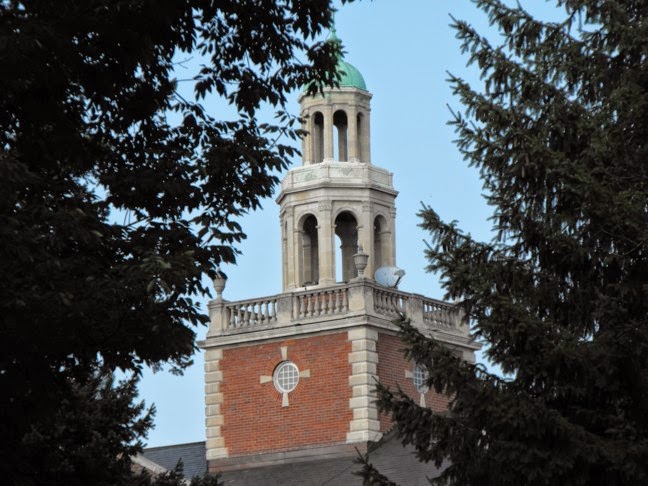 The G.K. Chesterton Conference was utterly great! As it turned out, I was not a one-artist Artist Alley; there was also Daniel Mitsui, whom I've, ah, mentioned before.

I had most of the things I said I would have for sale in the last post, except I didn't have time to prepare a complete set of Rosary Mysteries coloring pages, nor the short story comic. Well, in the case of the latter, I looked at it and, well, I did it a few years ago, and I don't think I want to put that forth making a first impression and trying to sell. But I still like the story, so I think I will post it here come Christmas, because it's a Christmas story.

The most exciting thing for me was the booklet of poetry by Chesterton illustrated by me. I did four illustrations for four of my favourite poems of his, and I will be posting them over the next few days. And I will offer the leftover booklets for sale here, if anyone wants them, and also do a giveaway of one of them!

Anyway, the conference was at a beautiful seminary in a Baroque Federalist style, so I took many photos of the buildings and grounds. 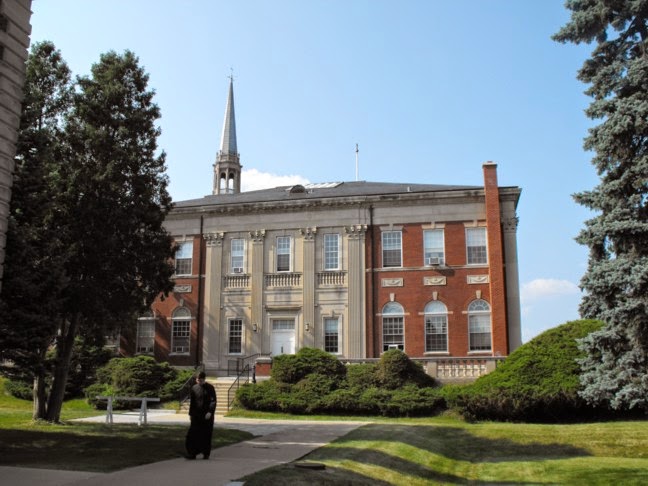 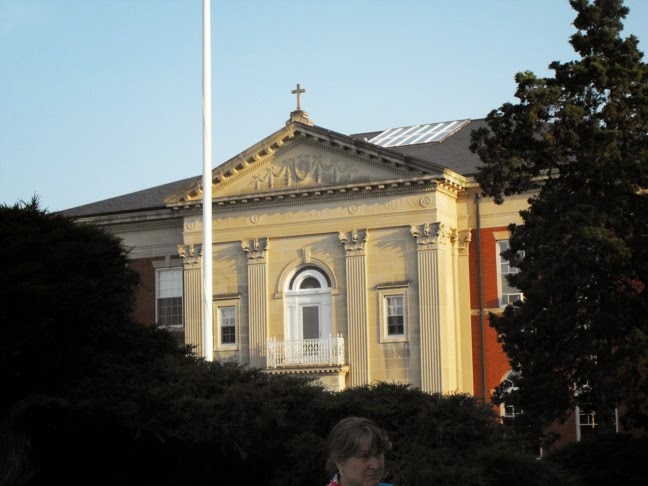 The campus included a lake. It went all the way round it! 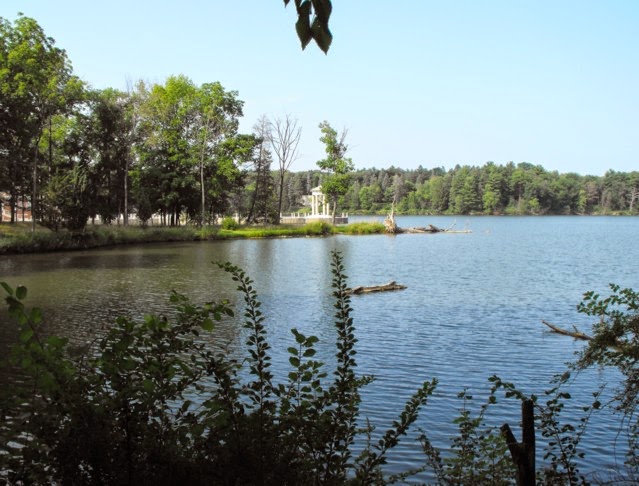 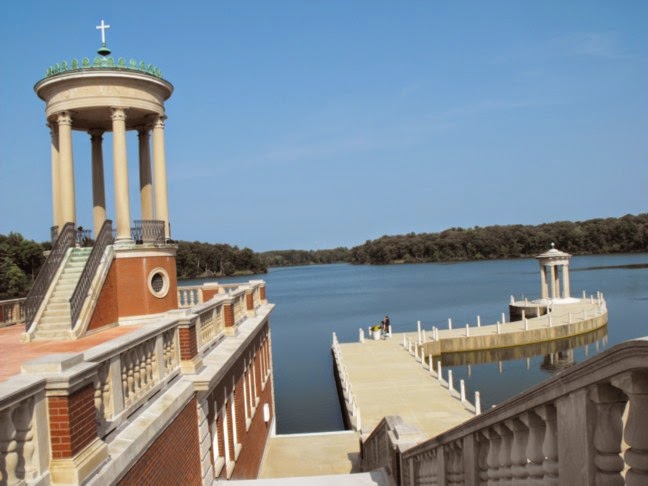 Some of these architectural appointments will definitely be showing up on the grounds of stately Wayne Manor in Decadence. 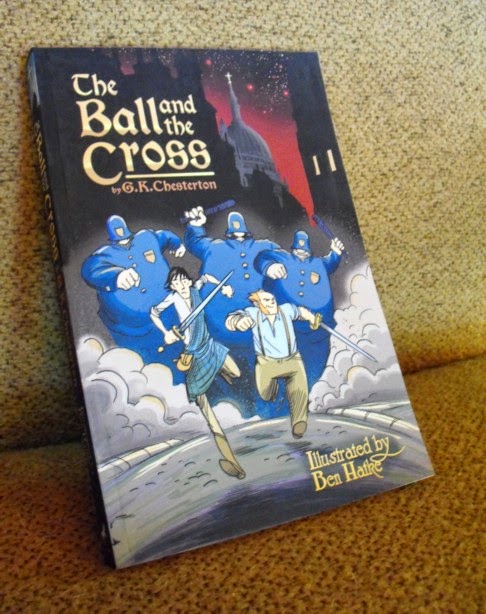 I bought some books, including the new edition of The Ball and the Cross illustrated by Ben Hatke. The Ball and the Cross is my favourite book ever, so I was very critical as I looked through it deciding whether to get it. I was disappointed at their editing out the N word (Chesterton was not using it in a racist way, and changing it obscures the clarity of meaning, and I just don't believe in altering past things to fit the standards of today) but the last two illustrations, of the climactic scenes which I had always imagined so intensely, were perfect, and that clinched it for me.

Providentially, the same weekend as the conference, the greatest band I have ever heard the music of, Typhoon, was playing only forty miles away, in Chicago. (which was also exciting to visit because it's the city of the second Blue Beetle!) My sister Anna, who's only read a little Chesterton, came along for this reason, and we got to hear and see them in person for the second time in our lives, and it was amazing. 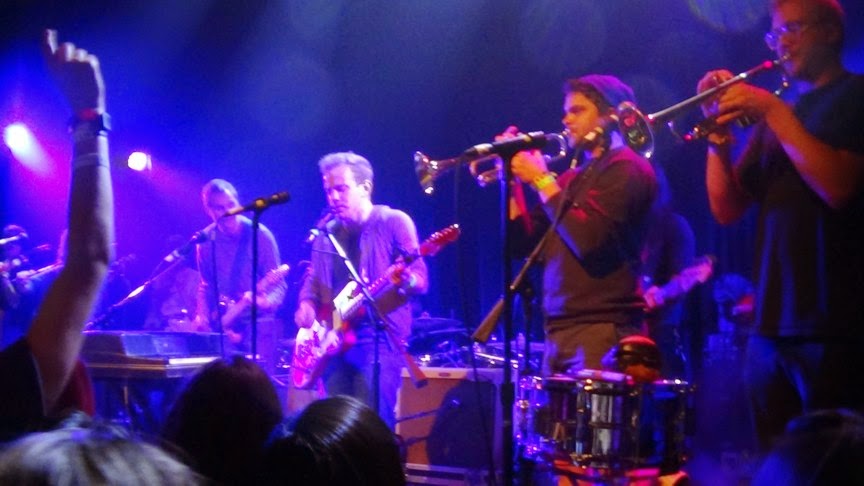 Then here's the chapel, where we had Mass: 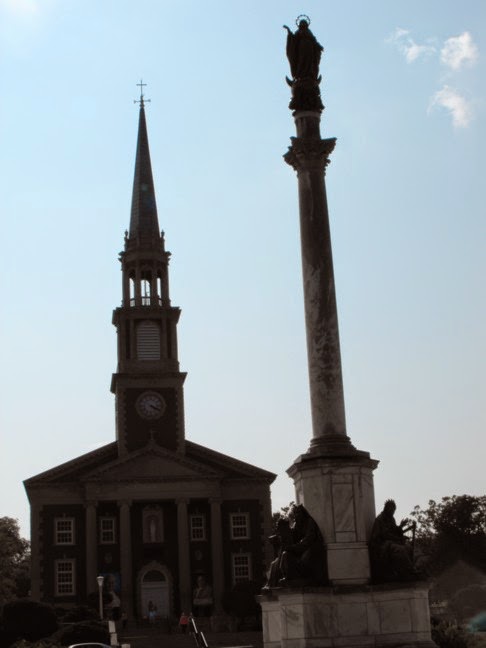 And its interior, with a wonderful ceiling: 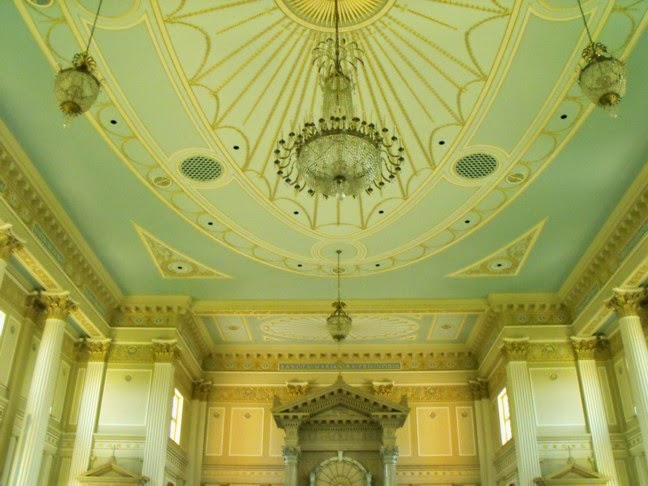 One thing that impressed me there was how they incorporated the more recent elements: air conditioning vents and electric lights, into the original design. Most places just stick the modern stuff on so it stands out incongruously, but they worked them in.

This was one of the most enjoyable Chesterton conferences I've been to, and I have been to several and they were all very enjoyable, so that's saying a lot. 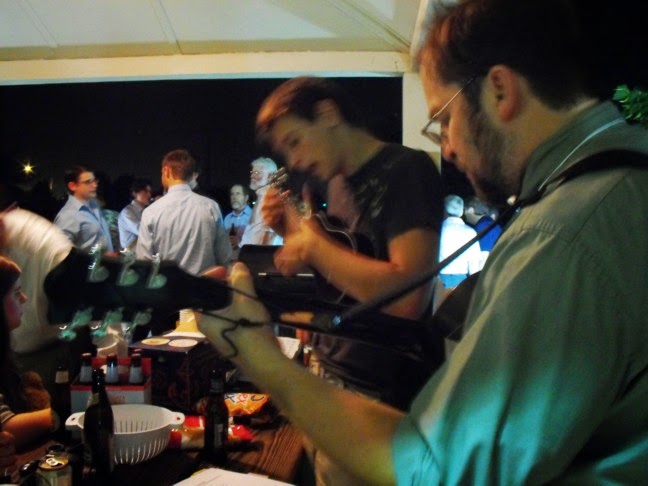 What an excellent summary of what you enjoyed at the Conference. A great memento!