I spoke earlier about my sister's goal to write about some stories that deal with abortion. This is not an easy thing to do, as abortion is a grievous, heart-wrenching horror. Thus, stories that deal with it adequately will be devastating. The one I have seen that is the most so is the Batman sequence A Death in the Family.

A painting and some words about this story are below the cut. It is thus concealed because it has both nudity and blood, and the words reveal things that, for the dramatic power of the story, should not be known before one reads it, if one is going to. 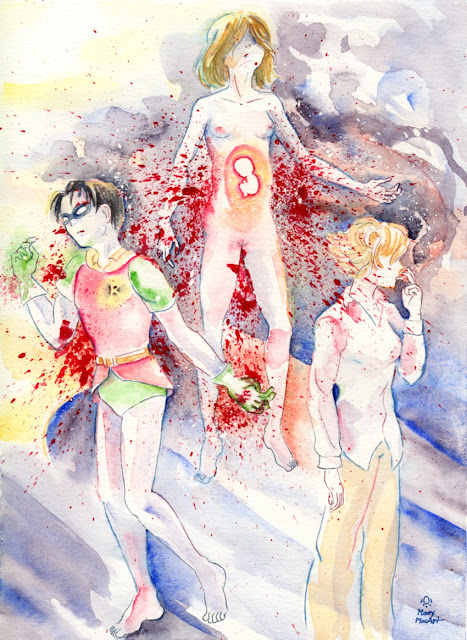