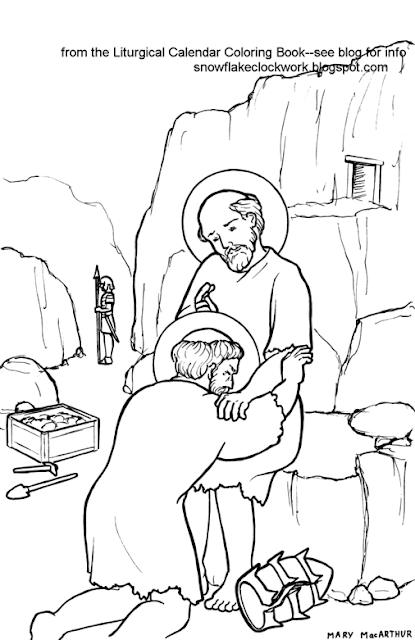 If you'd like pages like this of every saint's day, check out this project here.
Posted by Mary MacArthur at 1:45 PM