Where the Wind Takes Us 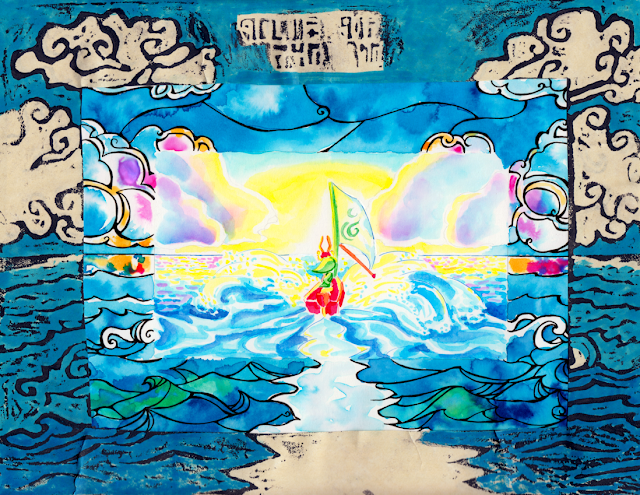 My entry for a Wind Waker fanart contest that Nintendo is holding. I tried to emulate three kinds of imagery used in the game. The center is inspired by the bright, softly shaded graphics of the upcoming remake, Wind Waker HD (the release of which this contest celebrates;) the next section by the stained glass-style official artwork, and the outermost section by the woodcut-style ingame images of the legend of the ancient hero. That outer bit was the big challenge: it's a real block print, though with foam instead of wood, and I hadn't done that for years.  I think it turned out quite well, and here's hoping I win!
Posted by Mary MacArthur at 1:49 PM