Publication of a Letter to Bishop Steven Lopes

On the Feast of Christ the King, November 25, 2018, Father Vaughn Treco preached a homily which criticized certain actions of certain popes. This homily may be listened to here.

Between Jan. 20 and March 29, I, Mary MacArthur, wrote the following letter to Bishop Lopes and circulated it among the parishioners, of whom more than half signed it. I do not include the unredacted signatures in this online publication because I do not have permission to do so from the signatories.


Your Excellency the Most Reverend Steven Lopes,
Bishop of the Personal Ordinariate of the Chair of St. Peter,

In your letter announcing the removal of our former pastor, Fr. Vaughn Treco, it was stated that he denied Church teaching in his Feast of Christ the King homily, which was critical of the Second Vatican Council and certain subsequent statements and actions by popes. The letter did not, however, state what Catholic teaching it is judged that Fr. Treco denied.

Since the letter was publicly read, we request public clarification, citing the specific sentences where the homily in question denied Catholic dogma, explaining exactly what defined doctrine they contradict. If we were taught error, we, the faithful of the Church of St. Bede the Venerable, have the right to know what it was and what the correct teaching is.

Yours in Christ,
[signatures redacted]
Parishioners of St. Bede the Venerable

I do not believe that the Christ the King homily was in any way heretical or schismatic. Fr. Treco compared the papal actions he was criticizing to St. Peter's denial of Christ. Doing so was in no way denying these popes' papal authority, any more than it was denying St. Peter's papal authority!

If Bishop Lopes sincerely believes that Fr. Treco's homily was contrary to the Catholic Faith, why refuse to give an explanation of how exactly? Why refuse to give guidance to the flock that he claims was led astray by an erring pastor?

I grieve the loss of my pastor and parish, and I pray for Fr. Treco in his canonical exile, and for Bishop Lopes in what I believe to be his misguided action. I ask that all who read this do the same.
Posted by Mary MacArthur at 3:02 PM

The suppression, dismissal, and excommunication of Fr. Treco confirms everything he said in his homily last November. He spent ten weeks agonizing over the precision of it, and to date, it is one of the best homilies about the current Crisis in the Church that you can hear. It was brought to you at a heavy cost.

The speed at which Father Vaughn was silenced, should be used to silence the false priests, such as James Martin, who promote homosexual/lesbian perversions. Instead, False Francis supports Martin,Cupich, Dolan and the rest of the perverts.
.
Jesus Is The Truth, our Christ Is King. 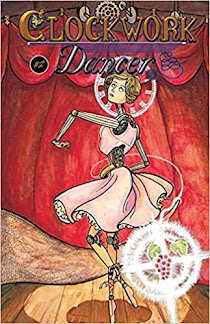 Fiction
The Silmarillion by J.R.R. Tolkien

Non-fiction
The Letters of J.R.R. Tolkien