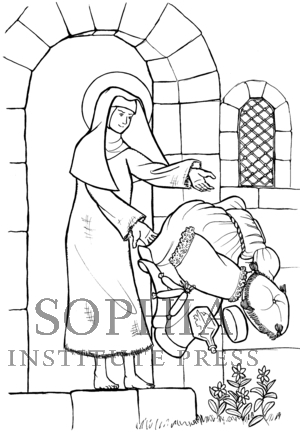 St. Hyacinthia Mariscotti only became a nun because the man she wanted to marry married her sister instead. As a religious, she still lived in luxury such as her noble birth made her accustomed to. That is, until a priest rebuked her, at which she threw out her costly clothes and food and lived the rest of her life in humble asceticism. Her commemoration is January 30th.
Posted by Mary MacArthur at 8:30 AM