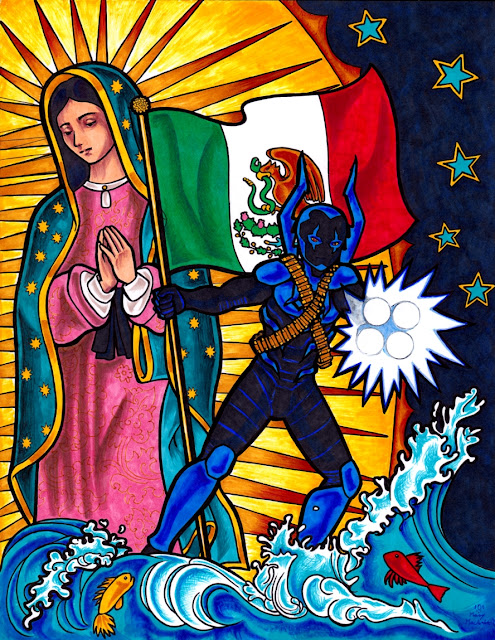 This has been up on my DA and tumblr for a while, but I've been busy with the liturgical calendar coloring pages and a couple commissions, so well, I thought I'd post it here now.

It's official, the third Blue Beetle is my favourite superhero ever.

And as you might guess from the picture, he's Catholic and Mexican-American, and I just love it. In some comics, if a character's Catholic it's made into this big angsty thing, all SIN and VATICAN SECRETS oh how DARK and often with several inaccuracies. But with him, it's just there, subtle but definite, adding depth to several dramatic moments, undergirding his character and family, which are wonderful. (Though they still could've used an artist who knows how many beads are in a Rosary. Howbout me? XD)
Posted by Mary MacArthur at 6:33 PM